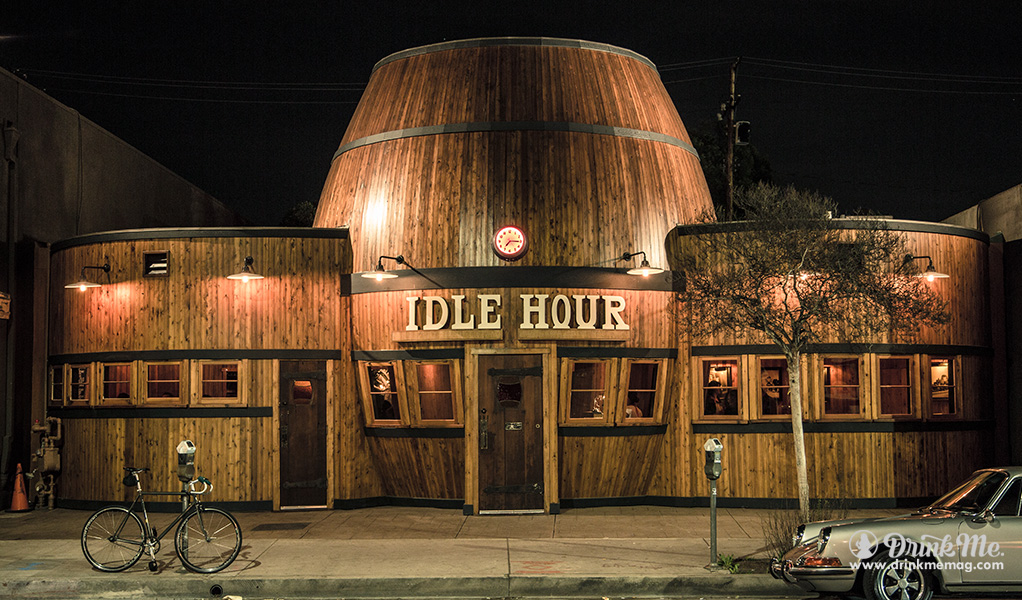 In Los Angeles stood an oversized hollow cedar whiskey barrel slowly surrendering to environmental forces. That is, until, 1993 Group dedicated three years of time and resources to the task of renovating this historic landmark known as Idle Hour, a historic bar with a unique look. Only recently gaining official landmark status in 2010, the bar was established in 1941 to gain the attention of passing vehicles to give immediate recognition as a taproom. Trying to conserve the vintage atmosphere, the renovations preserved the iconic architecture and now offer up classic American cuisine and drinks.  On the back patio stands another themed building, which was once known as the Bulldog Café. This pipe-smoking bulldog-shaped space will serve as an area for private functions for parties of 15 people or less, but will be open to the public when not reserved.