Roy is ‘Roi’: An Interview with Roy Clorey 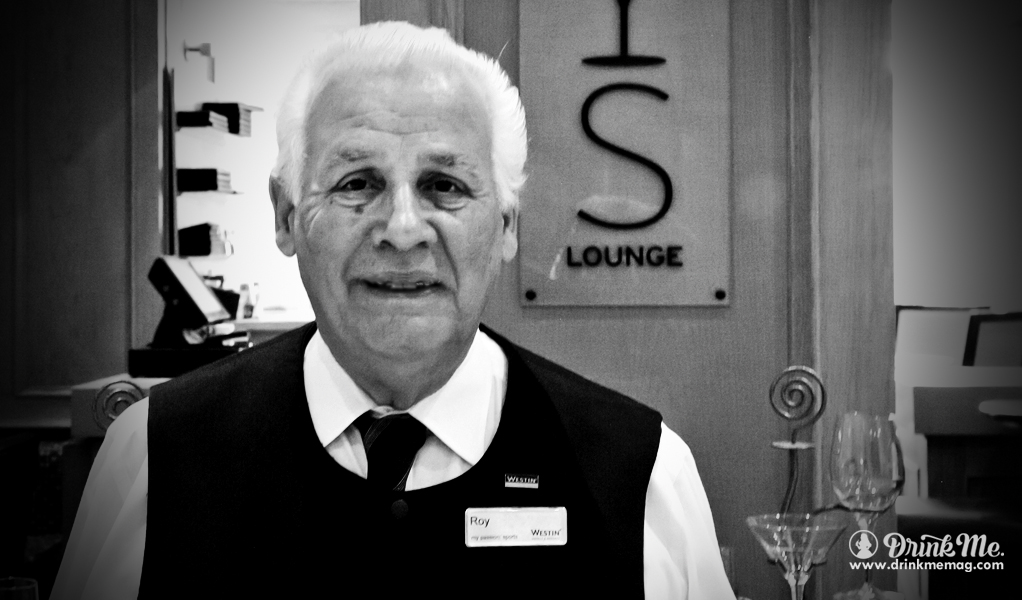 Halifaxian (Halifaxoid? Halifaxinite?? HALIGONIAN!!!) Roy Clorey has worked at the same job for 370 dog years, but the only thing dogged about him is his desire to keep going.

“This is my ninth bar in the same hotel but in different locations,” chuckled Clorey, his eyes shining and his open face crowned with white hair. But something besides the location has changed as well: The owners of the hotel complex, now called the Westin Nova Scotian, have recognized and rewarded a half-century of Clorey’s dedicated service by christening the bar “Roy’s Lounge” in the dedicated barkeep’s honor. “And it’s now in the perfect spot,” Clorey continued. “Right off the main lobby, between the restaurant and the elevators.”

The hotel itself is in a perfect spot: convenient to both downtown Halifax and the lively dining and entertainment mecca that is the waterfront, the original structure was built in 1930 to serve the Canadian National Railway, and is adjacent to the main terminal. Clorey boarded the historic venue three decades later at the age of 21 (“That was the law”) with only a month-and-a-half of training. “I really had to learn on the job,” he recalled, “…making simple syrup, squeezing and prepping all my own juices, because there were very few ready-made ingredients back then. I consulted drinks recipes from the ‘Mr. Boston’guide book and, before I could serve the public, I had to memorize 151 cocktails.” Renowned today for his stunning Martinis, Clorey became a largely self-taught mixologist.

The hotel’s website informs readers that their legendary in-house barman has poured for celebrities from the then-coupled Billy Joel and Christie Brinkley to the Queen Mother and more sports stars than anyone can name. But you won’t hear that from Mr. Clorey, who maintains the very traditional bartender’s code of client confidence.

While he won’t tell you about people, he will share some of what he’s learned in five decades, such as: “Vodka is always the number one selling liquor,” “I’m surprised at all the specialty beers …and that they all stay in business!” and the even more surprising confession, “It took me fifteen years to like beer.” Of his knowledge of the world of wines, he demurs, “I know enough to get by.” Among the biggest changes that he’s witnessed is the realization that “…though there’s more competition, people now drink more responsibly. [I no longer hear] stories about people waking up after a night out, wondering how the car made it home.” He is not nostalgic about those days.

Has the master got any advice for young bartenders today? “Treat everyone equal, no matter their dress,” he begins, “and give great service. Do not worry about your tips.”

Clorey lives by those principles, and his strengths are simple: Pouring a decent drink, providing a pleasant atmosphere, liking people, and being a good listener.

In all his years of having seen and heard just about everything one can imagine, has he ever been totally staggered? “Yes, at the employee Christmas party. We were all dining, drinking, dancing, gifting, and reminiscing when they showed a newsreel –about me! That was when everyone was told the new bar was renamed ‘Roy’s Lounge.’”

Asked if he intends to retire, Roy Clorey looks me straight in the eye, smiles cryptically and says only, “What’ll it be?”

Next post Southern Delights With A Refined Twist At Sassafras, Los Angeles

Previous post The Most Anticipated Zinfandel Event Of The Year