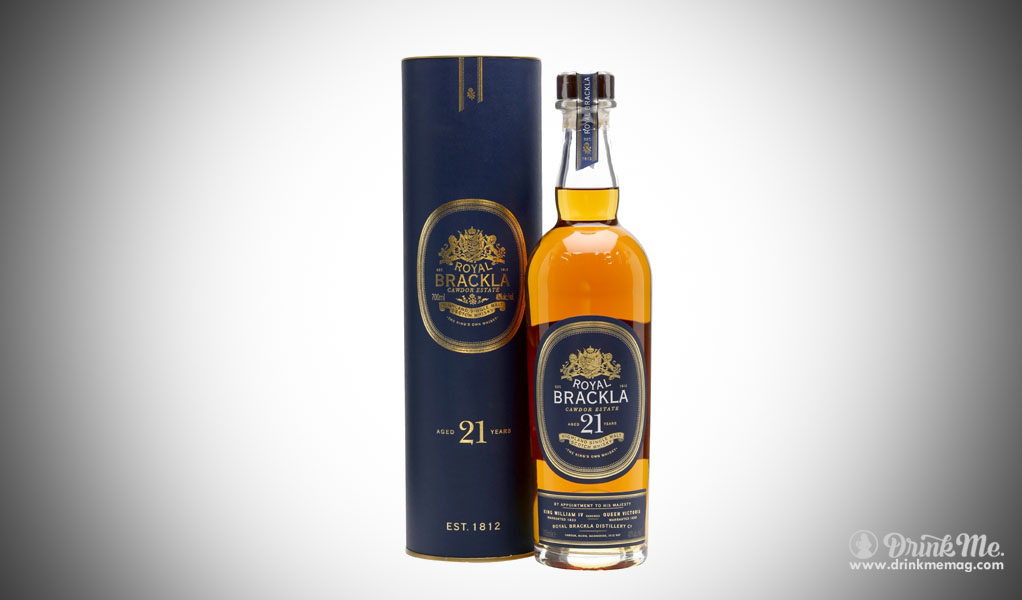 Royal Brackla Distillery holds a name only appropriate for a company of the fabled elite as far as Scottish distilleries go. Obtaining any of Brackla whisky would be a worthy endeavor but word of the release of their 21 Year Old from their rare single malt collection has whisky lovers excited.

Founded in 1812, their recipe was selected by the King of England to be his official court whisky—truly a royal honor. From this moment on the Brackla name became synonymous with the height of quality. Still seeking ongoing fame, the distillery again made history as the first whisky distillery in Scotland to be honored with a royal warrant. A title only given out three times since.

The 21 Year Old single malt gives unmistakable notes of candied apple and pear amidst a shimmering of malt. Your palate elates as you discover chocolate, grasses, and honey that calm into rich sherry.