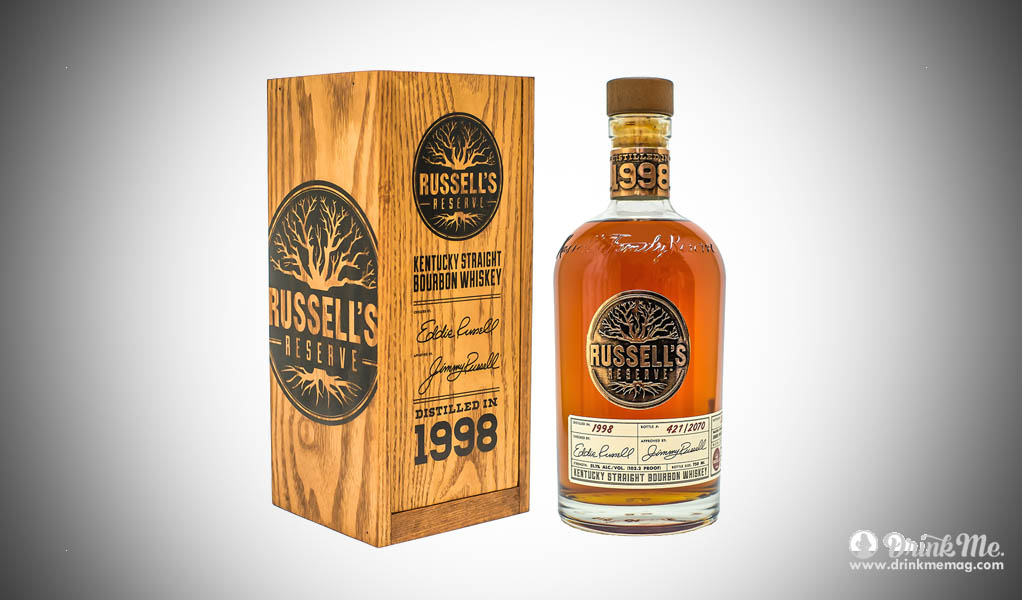 What do you do for your father’s 45-year anniversary with his company and presumed retirement to bestow him with your greatest esteem? If you happen to be a Kentucky bourbon distiller and you’ve been working with your father for all of your adult life, obviously you craft the most exquisite small batch bourbon possible as a fitting tribute.

That’s exactly what Wild Turkey’s Eddie Russell did for his father Jimmy (nicknamed “Buddha of Bourbon) when he began the 15-year process in 1998 of creating an exceptional aged bourbon that would honor his father’s grand legacy. When the 23 barrels of Russell’s Reserve 1998 Bourbon were finally bottled and released in October, 2015, Jimmy was still on the job, 61 years into his distilling career—thereby making him the longest tenured Master Distiller in Kentucky.

With only 2070 bottles released of Eddie Russell’s paean to the “Buddha of Bourbon”, Russell’s Reserve 1998 is the rarest and most exclusive offering from the distillery to date. With a complex palate that balances lush pear, banana, and dried apricot with subtler notes of nutmeg, ginger, and oak, Russell’s Reserve 1998 is an expertly-crafted bourbon to do ol’ Jimmy proud. There are plenty of other occasions to savor a bourbon this good, even if Jimmy never does get around to retiring.