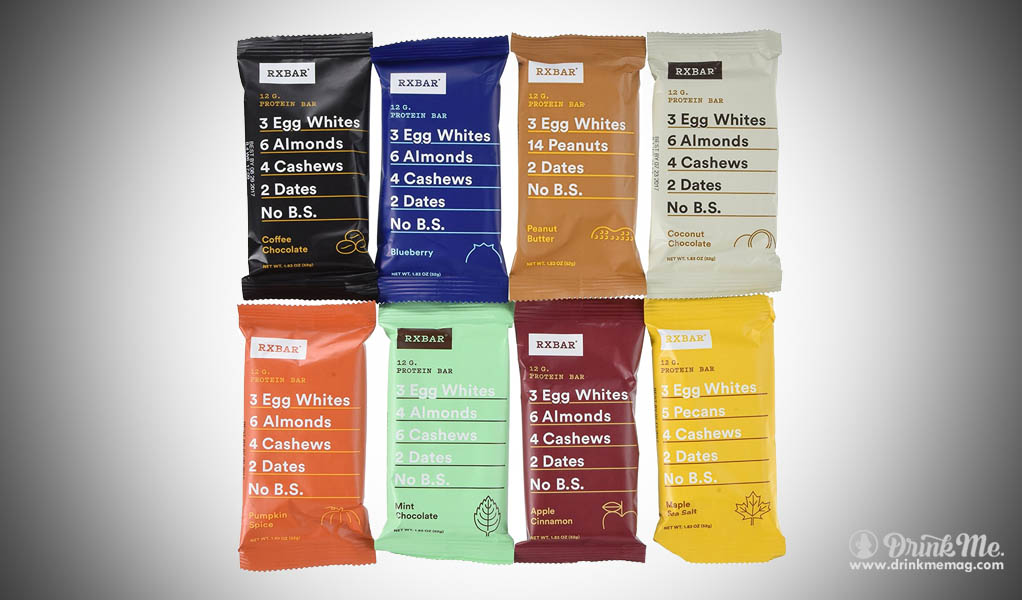 RXBAR believes in keeping things simple and straightforward.  The company was created in 2012 by self-professed BFFs.  Describing themselves on their website as the “yin and yang,” the two complementary opposites quit their day jobs to invest all their time and $5,000 of their own savings in their product venture.  They designed their first wrappers on PowerPoint and drummed up business door to door.  Then they moved their kitchen from a makeshift basement setup to a small rental space.  Box by box, their business grew.  But their redesigned wrappers still reflect their commitment to simplicity and “No B.S.”

Ignoring marketing advice, they emblazoned their ingredients directly on the wrappers.  The primary ingredients are egg whites (for protein), nuts (for texture), and dates (to act as a binding agent).  Most of the bars contain almonds and cashews, but one substitutes almonds for pecans and two only use peanuts.  Secondary ingredients include real fruits like apples, blueberries, and pumpkins; natural chocolate; and spices that range from cinnamon to sea salt.  Flavors include Apple Cinnamon, Blueberry, Mixed Berry, Peanut Butter, Peanut Butter Chocolate, Coconut Chocolate, Coffee Chocolate, Mint Chocolate, Chocolate Chip, Chocolate Sea Salt, and Maple Sea Salt.

Next post All Green Everything from the Other Half