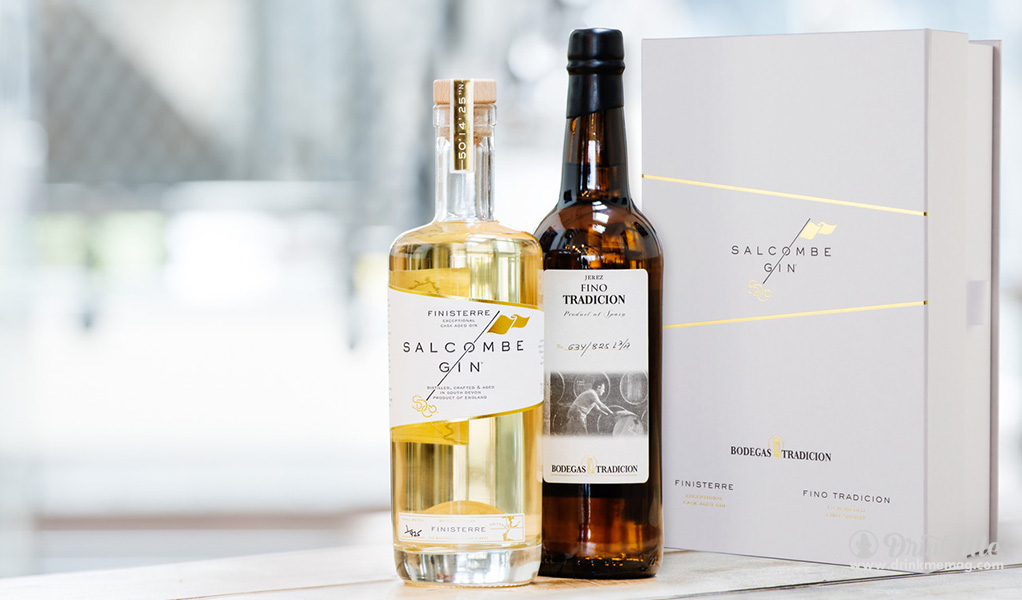 In the 1800s, a famous trade route from Cadiz to Salcombe sourced 80 percent of England’s citrus fruits, as well as sherry and spices, from Jerez.  The ships that carried these imported goods were known as Salcombe Fruit Schooners.  To celebrate that collaboration, the Salcombe Distilling Co. has teamed up with the Bodegas Tradición Fino to create a limited-edition gift set of cask-aged gin and ultra-traditional sherry.

Salcombe operates an award-winning distillery in South Devon, while Bodegas Tradición is the appointed supplier to the Royal House of Spain and the oldest known sherry producer in the country.  Both companies are pleased to lend their expertise to this unique venture.  Dubbed Finisterre (“ends of the earth”), Salcombe’s gin has been aged in an American oak sherry cask from the Bodegas Tradición winery in Jerez, which gives it a candied citrus aroma with saline hints and a deep flavor.  The accompanying bottle of Fino was drawn from the same 80-year-old cask and has a saline complexity and long, moreish finish.

Next post Embrace the Darker Side of Highland Park Whisky