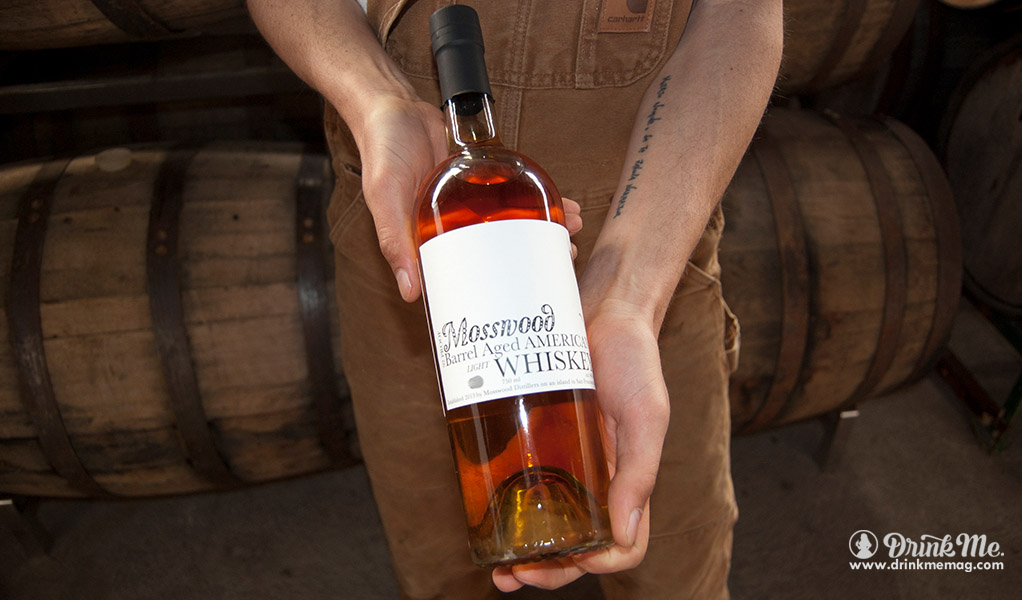 Beginning with a want to create a product that is both subtle and nuanced but also tells a story, Mosswood let their ideas mature organically with a little help from their original passion, whiskey. A distilling professor, Therese Agnew, and a whiskey enthusiast, Jake Chevedden, brought their minds together to observe just how ingredients transformed over the course of the distilling processes. By taking the time to do the research, the duo was able to combine history with art into what is now Mosswood, named for Mosswood Park where Agnew and Chevedden would wander to re-energize.

Their most recent endeavor is a limited edition whiskey under their gray label. The Scotch Barrel Aged American Whiskey aged for 8 years before resting for an additional 6 months in a barrel previously used for scotch maturation. The resulting whiskey is both sweet, embracing notes of butterscotch, lemon cake, vanilla ice cream, and intense, taking on hints of brine, smoke, and barely tea. Remember, bottles are limited, act fast!