Setting Sail With Kirk And Sweeney 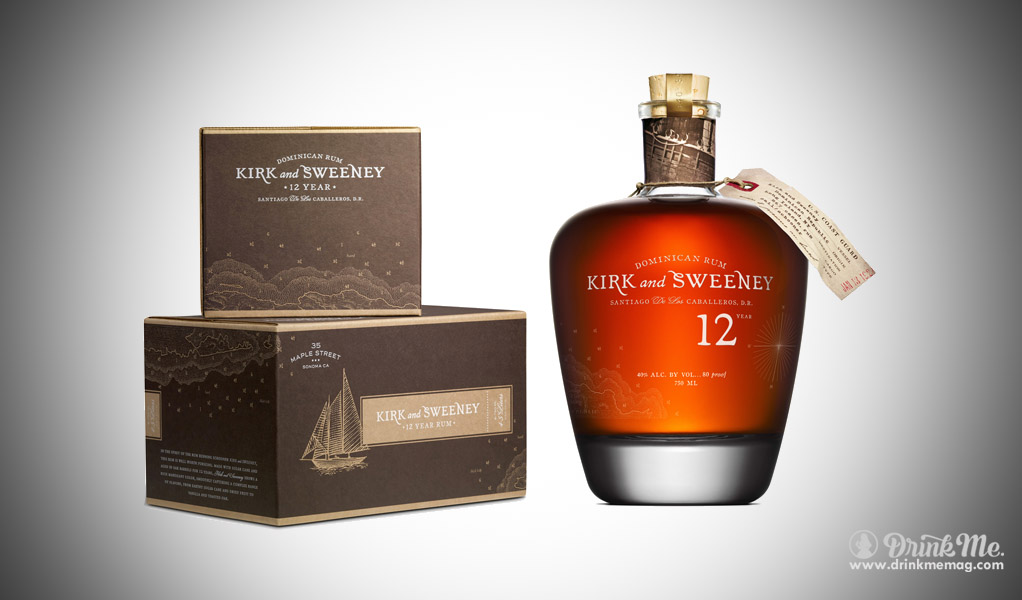 Well I do say Captain Jack Sparrow would be mighty pleased with the namesake of this rum. During the prohibition, obviously, alcohol was hard to come by; so to fulfill the pirate spirit in the desperate people Kirk and Sweeney came to the illegal rescue. Kirk and Sweeney weren’t two rough and rumbling men, no, in fact it was a wooden schooner—a schooner being a sailing ship (or a beer glass apparently). Kirk and Sweeney smuggled rum from the Caribbean to the Northeast until its capture in 1924.

So, 35 Maple Street Spirits deemed Kirk and Sweeney the perfect brand name for their line of exceptional rums. Trying to encompass the rum carried on the ship and essence of the thrilling expedition, 35 Maple Street felt three separate expressions were needed. Leading the grand vessel, Kirk and Sweeney 12 Year strikes down its foes with its rich mahogany hue and captivatingly smooth yet complex range of flavors. 12 Year is made with sugar cane and left to ripen in oak barrels for, you guessed it, 12 years. Though our captain has been named, two others high in command include both Kirk and Sweeney 18 Year and 23 Year. Similarly, both are crafted using sugar cane and left to age the amount in their name. The 18 Year will have you swooning over its highly developed profile with entrancing sherry and molasses whiffs and deep, luxurious vanilla, caramel, and dried fruit notes. Our most mature expression, at 23 years, has learned its charms over the long awaited time until its release. Initially, the nose will be lifted with sweet and toasty dried fruits, honey, and toffee scents, while the tongue is warmly embraced with fruit, vanilla, and sherry.

Part of the crew. Part of the ship. Will you join this savory voyage?

Next post Your Ultimate Guide To Chocolate & Port Pairings