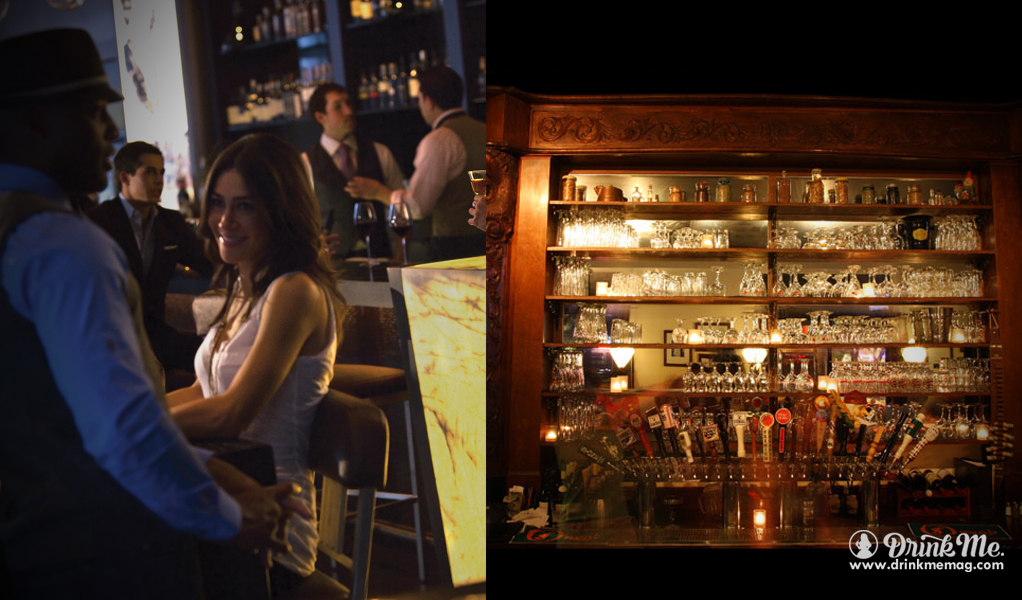 Wine drinkers have long downplayed their affinity for juicy, fruity white zinfandels. Beer drinkers brag about the IBU’s in their beer. But in the last five years sweet moscato wine and sour beer have emerged as go-to drinks.

As John Stanton, bartender at Sable Kitchen and Bar in Chicago, tells it, “Guests often say, ‘I don’t drink sweet.’ But when I get them on a German riesling with a moderate amount of residual sugar, they love it. On the beer side, we have been so over-hopped that people want something new. I sell a barrel of locally made sour beer every two weeks.”

And there you have it, the tides are turning.

Preference for “sweetness” may be hardwired in us. Flavor studies in the 1990s showed that babies could tolerate pain better if given sugar solutions before procedures.

People have enjoyed sweet wine for millennia; honey has been discovered in ancient wine vats and winemakers have long produced ice wine, a dessert wine, from frozen grapes. In the Mediterranean, sweet vin santo or passito is produced from very ripe grapes that are dried and then pressed. Sweet late harvest wines are made from grapes infected by botrytis mold. Wine professionals have long respected quality sweet wines – and some of the highest priced wines are sweet – think Sauternes from Bordeaux.

Yet prejudice against sweet wines persists. It is commonly believed that serious drinkers prefer their wine dry. Many know that for centuries, unscrupulous winemakers have used sugar to mask off-flavors and aromas. As a result, many assume sweet wines are a winemaker’s mistake.

To calm the sweet-averse, Emily Wines, director of wine at Kimpton Hotels’ restaurant, has trained her staff avoid the word as a descriptor. A sommelier will ask guests if they prefer either “cherry and strawberry” flavors or “spice, leather, or earth.” If they opt for the fruit flavors, the sommelier recommends a sweeter wine.

A minority of wine lovers have always enjoyed sweeter wines. In the 1980s American sweet drinkers sprang out of the closet when the zinfandel’s fermentation at Sutter Home Winery got “stuck.” The yeast that was busy converting grape sugars to alcohol suddenly died resulting in a Zinfandel with a lighter color, lower alcohol, and higher residual sugar. White Zinfandel became the best-selling wine in America.

Research data confirms that sweeter wines are indeed increasing in production. Ménage à Trois Red blend is the top selling red wine in U.S. – and it carries a higher amount of residual sugar than most red wines.

But on the other side of the sugar rush there’s sour, the “new” flavor profile for beer geeks.

Sour bellies up to the bar

What with the proliferation of pickled vegetables and Greek-style yogurt it’s no surprise that sour is bubbling up in beverages too. Centuries ago Belgian brewers in Flanders were among the first to use native, wild Brettanomyces yeast to ferment their beer’s grain mixture. “Brett” yeast imparts funky, barnyard aromas. Then, aged in barrels, many of these brews picked up even more bacteria like Lactobacillus and things naturally turned sour. But then industrialized operations introduced commercial yeast and stainless steel and bacteria became less popular. As beer historian and producer Vinnie Cilurzo, owner of Russian River Brewing Co. puts it: “Start to finish, I can make an IPA such as Pliny the Elder in exactly 21 days. The amount of time to ferment beer with wild yeast is unpredictable, plus souring in barrels takes time, in some cases up to two years.” Sour beers are laborious acts of love compared to a traditional brew.

Monk’s Kettle in San Francisco serves a global selection of sour beers. When Christian Albertson opened the pub in 2007, people thought him crazy to head down the sour path. From five bottled sours, he now lists over two dozen and multiple drafts. That’s a whole lot of love.

Albertson wrote the tasting notes for Cuvée des Jacobins Rouge, a sour from Bocker in Belgium, as “sherry vinegar, oak, cherry Sour Patch Kids.” He described other sours in terms of “funk, hay barnyard, and aromas of boiled hotdog.”
If the desire to drink fizzy hotdog sounds rare, how did sour, an acquired taste, become the “it” extreme of craft beer?

While the number of sour-only barrel houses increases, sour visibility is growing through festivals. Albertson will host his first “United Sours of America” festival at Monk’s Kettle during San Francisco Beer Week in February with over 20 sour breweries pouring.

The future for sour beers and sweet wines

Will sours overtake IPAs? Though sour beer is the latest craft beer craze, sour is an acquired taste. Ales will remain king of the keg, and despite renewed interest in pink moscato, Chardonnay and Cabernet Sauvignon will continue to reign.

But before sidelining these drinks, consider the spectrum of sour and sweet in each category.

On the sour side, Gansberg of Cascade Brewing describes his tart cherry-flavored Belgian-style Kriek as “bracing” while his Honey-Ginger-Lime is “sweeter.” Similarly the range of wine’s sweetness varies greatly: Sutter Home Sweet Red is much sweeter than Ménage à Trois red blend.

Check out the new slate of sour beers on tap and sweet wines by-the-glass, you should find that the extremes of flavor are a refreshing experience.