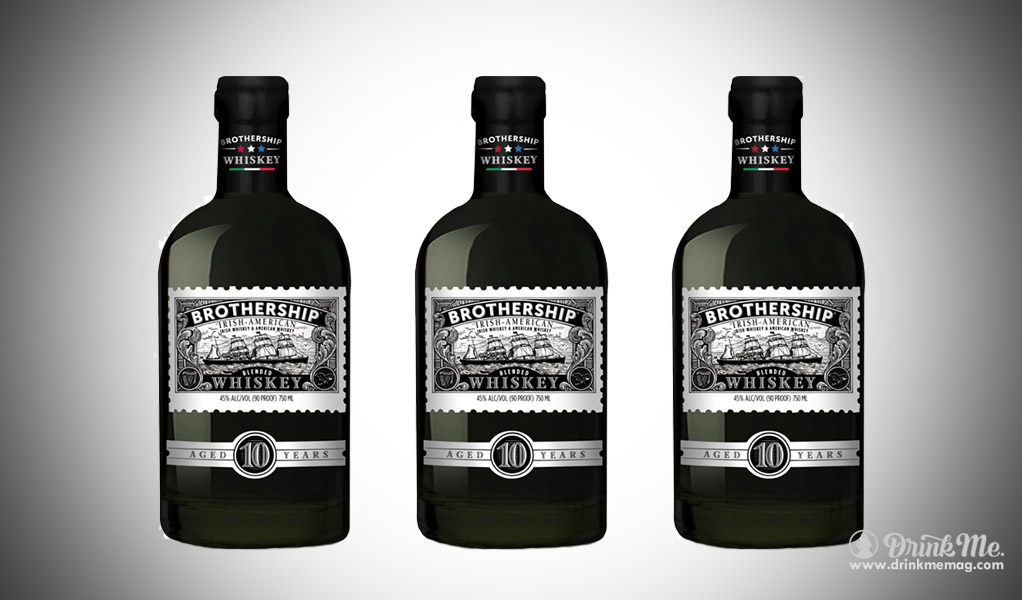 There will be many “Sláinte’s” made over a glass of the Connacht Whiskey Company’s new Brothership, an Irish-American blended whiskey. In Irish Gaelic, “Sláinte,” is a toast to good health, a “cheers.” Brothership will be available in the United States just in time for St. Patrick’s Day revelry, an occasion for infinite “Sláinte’s,” for consuming the best Whiskey around. Connacht’s selection even expands beyond whiskey’s to select spirits, all collectively imbued with the founders’ shared history and prominent values of family and brotherhood. Mostly the four founders, one Irishman and three Irish-Americans, have built the cornerstone of their company, on the best of what it means to be Irish and American.

Brothership Blended Whiskey is fittingly bottled in the New Liberty Distillery, Connacht’s partner distillery located in the city of brotherly love, Philadelphia. To honor Connacht’s trans-Atlantic story, the master distiller, Robert Cassell, decided to combine sourced Irish whiskey with sourced American whiskey, both of which were aged for a decade. The result is a balance between smooth and bold, rich in aromas of honey, apple-cider and butterscotch candy. Not so devastatingly sweet as to compete with the dry finish it leaves. A balance. Brothership is a proper salute, a “sláinte,” to the special relationship between Ireland and America. But it is also a treat for those of us who simply wish to partake and celebrate a rich blend of Whiskey, that is more than a joy to taste.

Previous post The Story of Irish Gin: Conncullin by Connacht