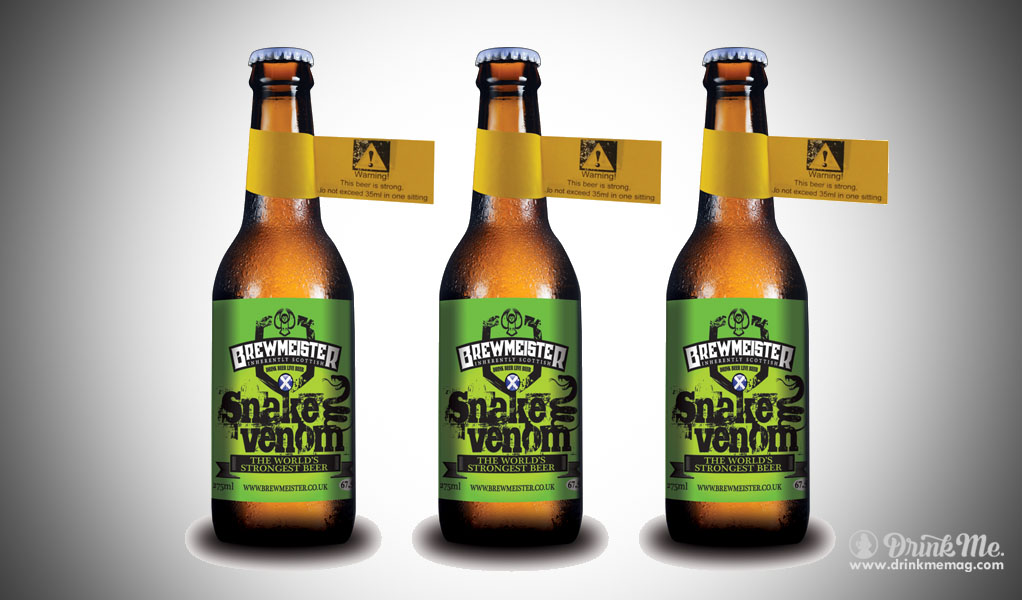 Brewmeister Beers have made a name for themselves by crafting beers with record breaking alcohol content. Founded only five years ago, owners Lewis Shand and John McKenzie have quickly garnered a reputation internationally for their beers through eyebrow raising ABV numbers. The Scotland based brewery have truly outdone themselves in the form of the world’s strongest beer, Snake Venom.

Smoked peat malt, pure Scottish spring water, and both champagne and ale yeast make up the brew, but a unique freezing process during fermentation is what makes it so dangerous. The freezing process takes out a lot of the excess water leaving the beer with a throat burning 67.5% ABV. Flavors range from caramel to bubblegum and will have you on the fence about whether it is truly a beer or, rather, a spirit. Snake Venom is so strong that a yellow warning label is wrapped around every bottleneck warning not to drink any more than 35ml in one sitting. Let curiosity lead the way, but tread lightly.

Next post 5 Colorado Beers You Really Should Be Drinking

Previous post The Bourbon Bar At The JW Steakhouse: The Largest Variety of Bourbon in London