So What’s The Deal With Multi-Vintage Wines? 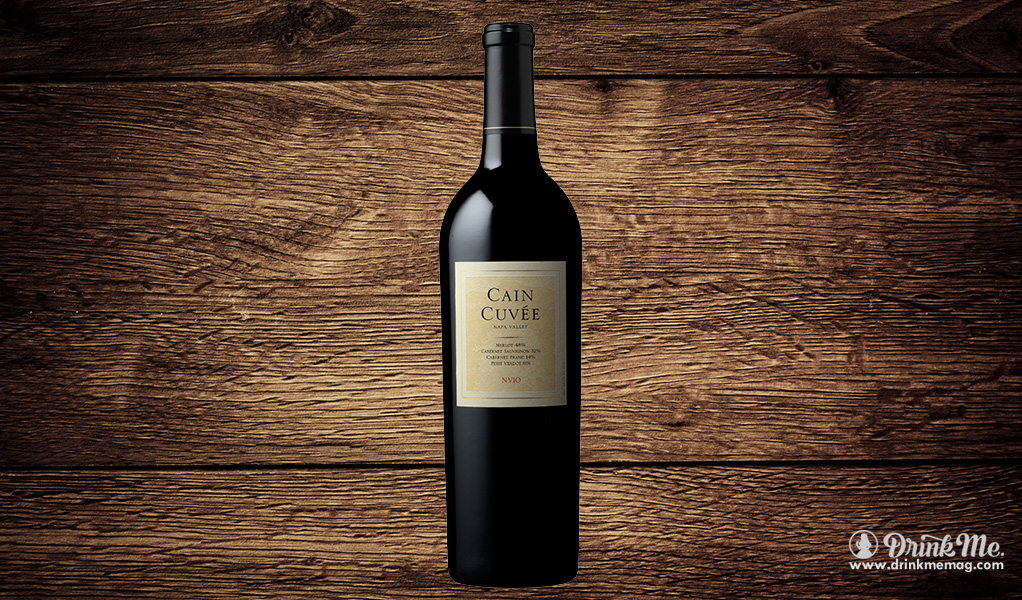 Brut NV Champagne can and often does sell for a lot of money—Krug Grande Cuvee, for example, commands approximately $150 in most markets, and typically more than double that on the wine lists of restaurants smart enough to offer it. The solera system employed in Sherry production is built on the idea that the progressive aging of many different batches and blends of wine results in a product of infinitely greater complexity than what any single one could offer.

But ask most consumers what their thoughts are on multi-vintage still wines, and you’re likely to be greeted with either a perplexed knitting of the eyebrows, or flat-out bemusement. They make that stuff? And it’s…good?

It most certainly can be. In fact, it’s the law in most countries that a small percentage of other vintages may be added without coming clean on the label, and US wineries can blend up to 5%. The problem, however, is one of perception: Real wine, we’ve often been told, the good stuff, is the result of a single vintage, and is an expression of that particular year’s climatic vagaries, for better of worse. And while no real wine lover would likely argue the merits of single-vintage wine—as the vast majority are—they do not represent the only option.

It’s a fairly controversial idea to the uninitiated, this concept of blending multiple vintages to produce a still wine, because it flies in the face of what so many perceive as received wisdom: That reds and whites are supposed to be single-vintage bottlings, whereas bubbly and fortified wines can and often are the result of bringing together multiple ones.

So why the double standard?

“If one thinks of the trend towards blending varieties—as in the Cabernet Blends—one might wonder where the obsession with 100% single varietal wines came from,” Christopher Howell, General Manager and Winemaker at standout producer Cain, wrote in an email. “So, too, one might wonder where the obsession with 100% single vintage wine comes from. Long ago, the term ‘vintage’ signified quality. Only the best years (as in Port and Champagne) were identified with the vintage. Today, one can buy 100% Cabernet Sauvignon, 100% single vintage, for less than $5.”

He makes an excellent point. Two years ago, I had the opportunity to visit the paradigm-shifting Cain Winery, in the Spring Mountain District of Napa Valley’s St. Helena, and came away, several hours after having arrived, with an entirely new appreciation for vintage blending.

Howell spent that afternoon tasting us through range of Cain’s wines, including the fabulous Cain Fine and Cain Concept, and the perhaps somewhat iconoclastic and unarguably delicious dual-vintage Cain Cuvee. (The exception is the NV8, which is mostly 2008 and 2007, but with a bit of 2006 in there, too.) The result of having done so was a subtle but undeniable shift in my personal wine belief system when it came to how I looked at the art and craft of blending wine from more than a single vintage.

Howell, for his part, usually only works with two different vintages when blending the Cain Cuvee, and the naming convention provides a solid guide as to what’s in the bottle. His NV10 bottling, for example, is a gathering of 51% 2010 and 49% 2009, but the ratio changes depending on what each vintage provides. Cain Cuvee NV9, on the other hand, is composed of 57% 2009 and 43% 2008.

With Cain, however, it’s not only about the vintage characteristics in and of themselves. Howell believes that there is much to be gained from bringing together the youthful exuberance of a younger vintage wine with the barrel-aged complexity and subtlety of the previous year’s crop. The result, he finds, is a blend whose depth and approachable enjoyment are greater than the sum of its individual parts.

But he didn’t know how people would respond in the beginning.

“When in 2000, we first released the original NV8 Cain Cuvee (a blend of 1998 and 1997 vintages, which is aging very nicely, thank you), we were concerned how people would respond,” he wrote. “Surprisingly, most wine drinkers didn’t seem to be too concerned. On the other hand, people in the wine trade, distributors and especially sommeliers, were uncertain about how their customers would react. It turned out that the fear was restricted to the wine cognoscenti—the gate-keepers, but did not extend to the actual wine drinkers.”

Austin Hope, President of Hope Family Wines, had a similar experience. “At first, we had [an] uphill battle telling our tale, but we quickly gained acceptance with our distributors, and once we made them believers that we could actually make better and more approachable wines, they jumped on the multi-vintage train,” he wrote in an email. “Today, we find that we don’t have to explain or defend ourselves for these actions. Blending younger wines with more mature wines is a winning dynamic because you get the best of both worlds—the bright acidity and gushing fruit flavors from the younger wine and the more smooth, rounded, aged character of the older wine.”

Other producers are also blending vintages. Troublemaker is a multi-vintage blend from Hope Family Wines that, in its current release, is built on a base of 2012 but it supplemented with 2011 and 2010. Sean Thackrey has seen stunning success with his multi-vintage “Pleiades.” Marietta has produced more than 50 different bottlings of “Old Vine Red.”

All of those, in fact, aren’t just expressions of multiple vintages brought together in an attempt to coax the best out of each one, but also blends of several grape varieties, as well. Cain Cuvee relies on a Bordeaux-style blend of grapes. Hope’s current-release Troublemaker Blend 7 brings together Syrah, Grenache, Mourvedre, and Zinfandel—a kind of Rhone-by-way-of-Paso. (Hope Family Wines also produces the single-varietal, Merlot or Zinfandel, multi-vintage Candor wines.) Marietta’s blend is based on Zinfandel. “Pleiades” is built on a base of…well, good luck finding that out: Thackrey won’t tell; it’s best just to enjoy the wine and not worry too much about that sort of thing.

There is, of course, an interesting parallel to be made between multi-vintage blends and single-vintage wines that are themselves blends of several different grape varieties. Which, of course, has been done for generations, not just because the combining, say, of Cabernet Sauvignon, Merlot, and Petit Verdot can result in a stunning wine, but also because it provides a bit of a de facto insurance policy in the vineyard: A sudden hail storm, for example, might wipe out one grape variety at a particularly vulnerable stage of its development, but a different variety, at a slightly sturdier spot on its annual growth cycle, could survive it.

And, in fact, I am often asked while teaching or speaking about wine whether I prefer single-varietal wines or blends. And my answer is always the same: It depends. There is absolutely nothing inherently better about one over the other, and really, it depends on where the grapes are being grown, the unique expressiveness of the vineyard sites from which the fruit comes, the goals of the winemaker, and, indeed, the historical context of the region itself. Bordeaux, for example, is a region built on blending, whereas Burgundy is home to some of the greatest single-varietal Pinot Noir and Chardonnay on the planet.

Like everything else in the world of wine, tradition is often the underpinning, or the jumping-off point, but there are always brave producers who will choose to sidestep it, and see if they can coax a product more true to their unique vision by breaking free from the strictures of convention and cutting their own path.

In fact, it’s legal to add up to 5% of a different vintage in a wine labeled with a specific year. This affords the winemaker a bit of leeway when it comes to filling out a year’s production run. And while 5% is a seemingly insignificant amount, it can potentially have an impact on the finished product. Blending multiple vintages as a foundational principle of a specific bottling, it seems, is simply a logical extension of that. And it often leads to expressions that are utterly delicious, and that we’d perhaps never expect.

“So I ask, what do you want to drink,” Howell wrote, “the vintage? the variety? or the terroir? Sometimes the answer can be all three…but most often I want to taste the work of the winegrower and most of all, the sense of place, the terroir.”

There’s clearly something to this. Now if only consumers would get on board in greater numbers.