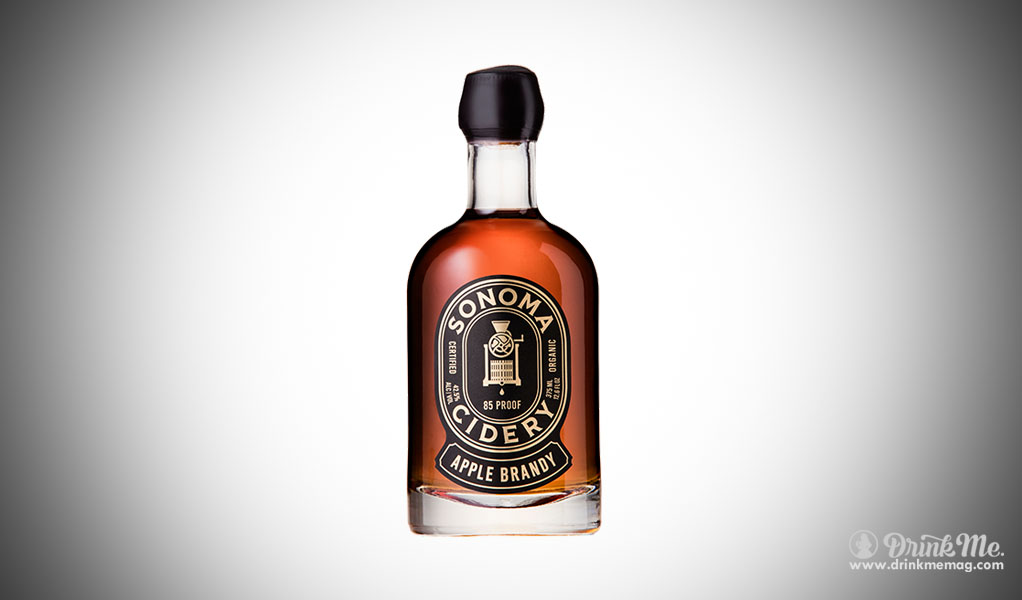 Sonoma Cider was named the 2015 Cider Producer of the Year at the New York International Beer Competition, and cresting on the wave of that accolade the company is releasing Sonoma Cider Apple Brandy  this May, Sonoma’s first organic craft spirit. The Cordtzs’ were inspired by world-class Calvados apple brandy produced in France’s Normandy region, and when Robert found out his friend Jason Jorgensen was opening a craft distillery in the same town as Sonoma Cider, the collaboration was a no-brainer.

Sonoma Cider Apple Brandy  is produced from an oh-so-juicy blend of five organic apples. The juice is fermented at Sonoma’s cidery then double-distilled at Alley 6 Craft Distillery, Jorgensen’s Healdsburg company, before being aged from 8-18 months in American oak barrels. The resulting brandy is akin to a fresh apple pie in liquid form—flavors of slow-baked apples stewing in their own juices with warm cinnamon, comforting hints of vanilla essence, and the sweetness of pure honey are a delight to imbibe. How do we like them apples? We like them very much indeed.