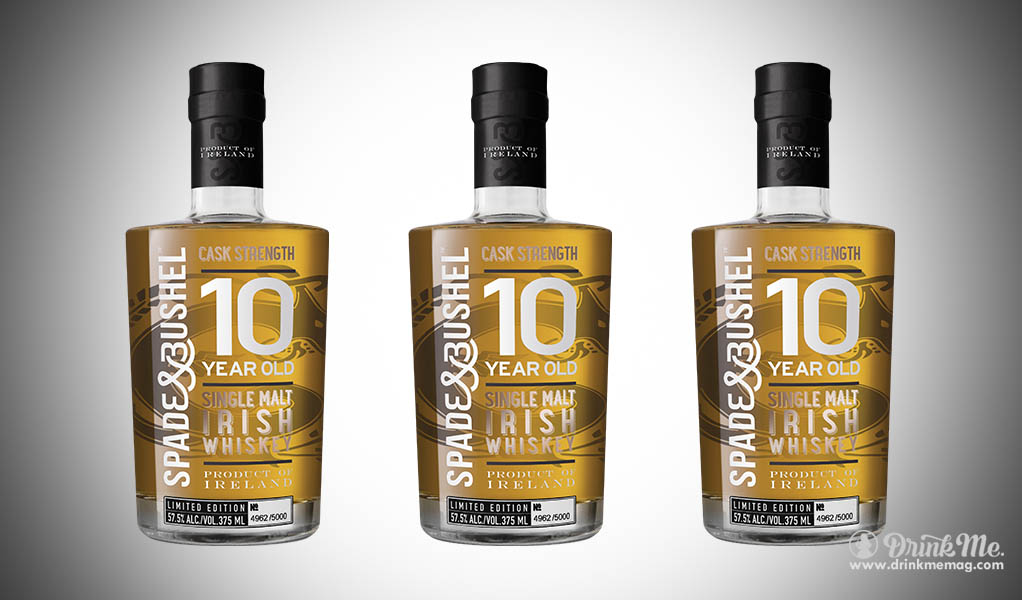 Connacht Whiskey Company Ltd. has launched a new labeling called Spade and Bushel that aims to bring the flavors and craftsmanship of traditional single malt Irish whiskey to American palates. This already award winning single malt Irish whiskey is aged for at least 10 years in oak barrels. The flavor? Well, it’s practically Ireland in a bottle. Redolent with notes of soda bread, apples and pears, spiced praline with a sweet and spicy finish that’s layered with honeyed stone fruit and baking spices like cinnamon and nutmeg.

Connacht Whiskey itself is a bringing together of Irish and American tastes, the founders being one Irishman and three Americans and with the birth of Spade and Bushel these friends across oceans are hoping to close the gap even further by bringing the authentic taste of Irish whiskey to American shores.

And their 10-year whiskey is one to seek out. It’s truly a memorable malt and overall an impressive first offering from this new label. With luscious caramel tones and round full flavor, the notes of oak really shine, coming through in the finish, and making the 10-year long wait to bottle seem like a master stroke in whiskey distilling.