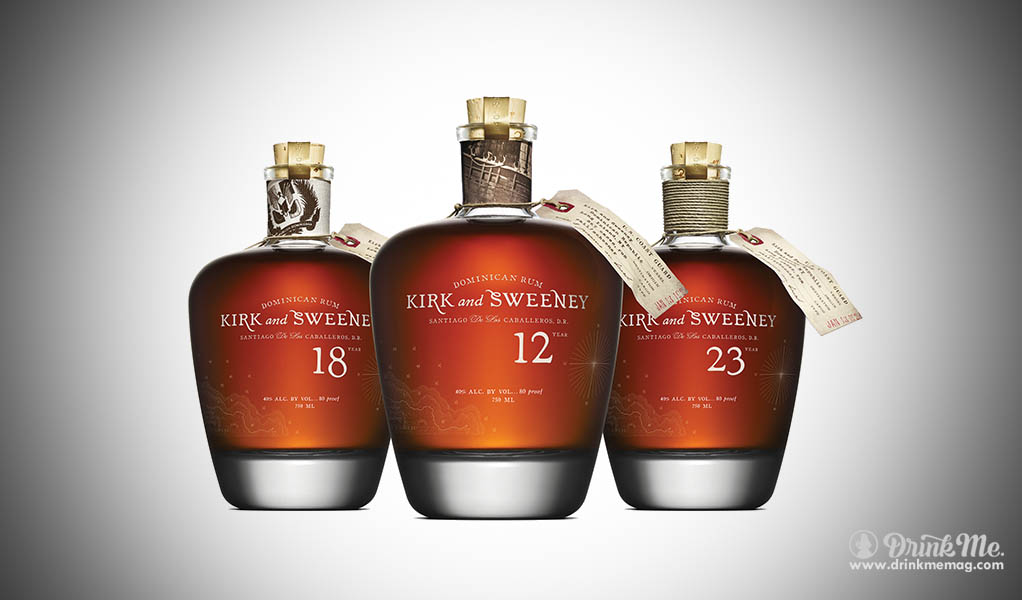 If the lingering winter weather has you wishing for a warm Caribbean beach, we have just the trick. A bottle of Kirk and Sweeney rum, handcrafted with sugarcane nurtured under the island sunshine of the Dominican Republic.

The Kirk and Sweeney line of rums is developed under the watchful eye of Sonoma, California-based 3 Badge Beverage Company, originally called 35 Maple Street Spirits. 3 Badge, also known for Masterson’s Whiskey and Uncle Val’s Gin, brings the same expertise and storytelling to this portfolio of rums.

The Kirk and Sweeney line is named after a ship that smuggled rum from the Caribbean to the northeast coast of the United States during the Prohibition era. The bottle design is inspired by the story of this ship. Each bottle comes with a silkscreened depiction of an antique nautical map. The raised cork and the bottle’s shape—shorter and rounder than many rums on the market—closely resembles the bottles used to smuggle rum in the early 1920s.

Inside the bottles of this line is the promise of a tasting experience on par with a warm escape to the Dominican Republic.

A sniff of this Kirk and Sweeney rum is true to the sugar cane used in its production. Look out for hints of oak and vanilla, a marker of what’s to come. This 80 proof, mahogany rum, aged in American Oak barrels, treats drinkers to vanilla flavors from start to finish. It’s remarkably smooth going down, but even smoother in a cocktail. Try the 12 Year in a Dominican Sunset, made by combining the rum with orange and pineapple juices, as well as a sweet and sour mix.

This 80 proof rum moves into pure sipping territory. On the nose, you won’t miss sherry and molasses. Make sure to savor the vanilla flavors on the palate as well as hints of spices like nutmeg and cinnamon. The smooth finish is followed by lingering sherry flavors that sway around the palate like a gentle ocean current.

The age turns the volume down on the vanilla nose in this rum, giving way to notes of toasted bread, caramel and toffee. This 80 proof rum has a wonderfully complex taste, with finishing notes of caramel and sherry perfectly complemented with vanilla and almond.