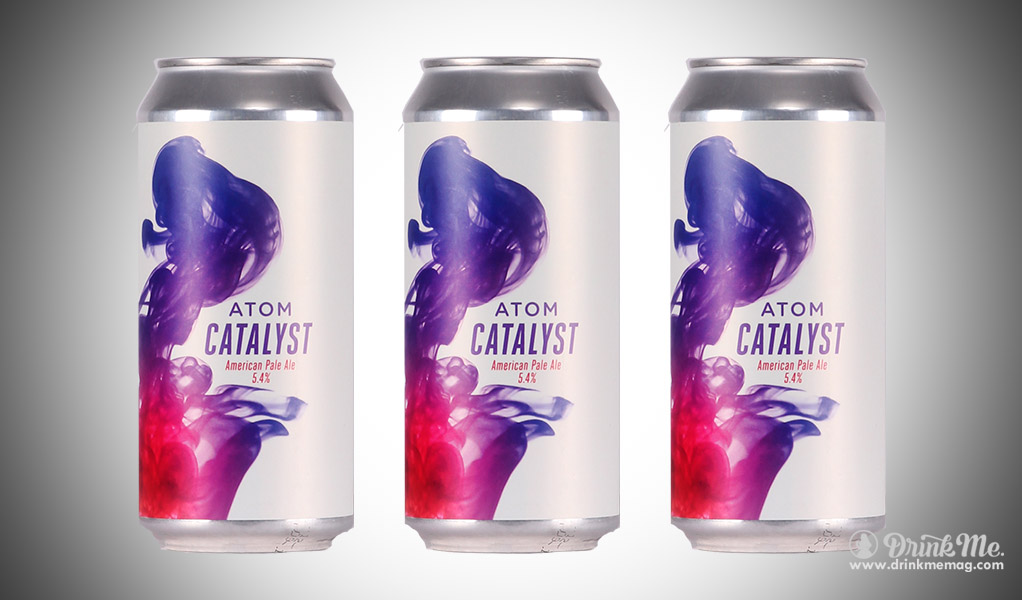 Molecular gastronomy is the name given to a group of cooking processes, which uses scientific laboratory equipment to fully accentuate the ingredients used. Wasabi sorbet and 3D-printed chocolate are almost retaliatory statements against the use of scientific principles to produce poor-quality processed foods. One might look at Atom – a brewery in Hull, UK – and think that they are pioneers for their industry along those same lines.

However, the more fascinating aspect of Atom is that on closer inspection, that is not the case. Atom certainly brings science into their brewing, but it travels down more aesthetic and philosophical avenues. Focusing on education, scientific advocacy, and making great beer, Atom uses science to better their craft as well as their community. Founded in 2014 in Yorkshire’s East Riding, Atom brings the sophistication, creativity, and wild-eyed enthusiasm of modern science in sometimes unexpected ways.

Like it’s namesake, the Catalyst APA brings energy and excitement to the forefront. The bouncy aroma of fresh citrus carries itself as the presenting flavor, with a deceptively hidden white pepper finish. Slightly weighty, at 5.4% ABV, the Catalyst APA by Atom is a perfect way to celebrate the end of winter and the rejuvenation of spring.