Spruce Up Your Beer: Hop-Shine 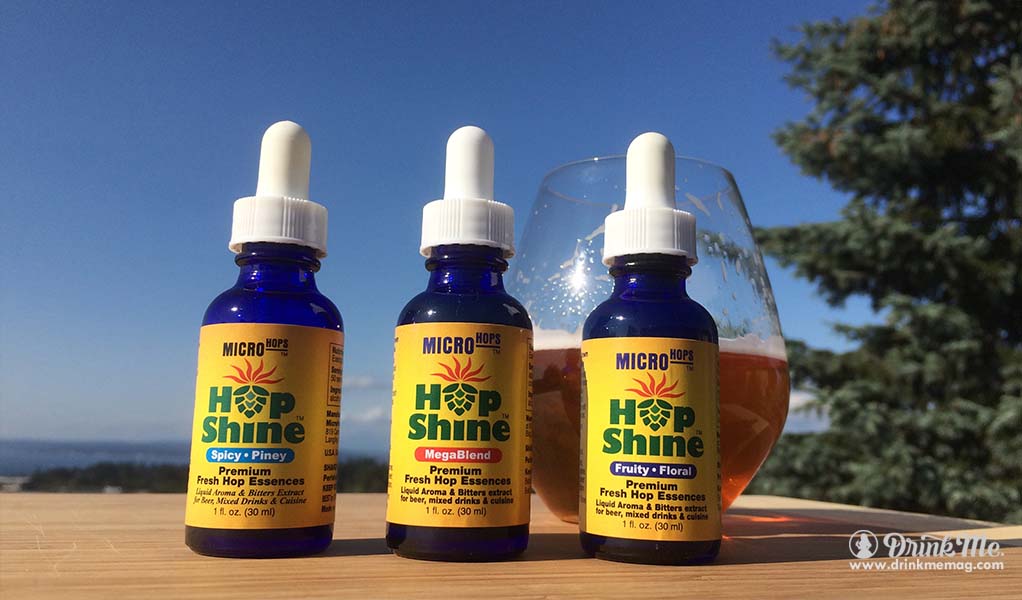 Now, we’ve heard of all sorts of aromas and bitters that can be added by the drop to create or enhance the flavor profile of spirit or cocktail, but what if the same could be done for beer? No really, pure whole hop extracts to make each pint of beer taste fresher, more aromatic, and extra flavorful. Hop-Shine from MicroHops transforms your beverage of choice. Hop-Shine was created with beer in mind but can be used for any drink and even foods such as tacos, sauces, and soups.

The story lingering behind Hop-Shine is something of chance. The minds behind MicroHops stumbled across this idea whilst putting freshly crushed hops in their beer. The thought process went something like this, “Hmmm, why can’t we harness this same fresh aroma and flavor in beer?” Between that initial stream of thought and realizing many places in the world lack access to great beer because of the fact fresh hopped beers are often seasonal due to hop availability. Thus, the testing process began and the search was on to formulate a product that would allow beer drinkers to tweak their beer to their preferred taste much like cocktails.

Think of it like this. Imagine you have an apple just released from its tree. You take a bite. The crisp crunch music to your ears, while that sour yet sweet aroma flutters into your nostrils before your taste buds have a moment to awaken to its direct flavors. You fill up a basket, as is your autumn tradition in order to whip up some of your famous apple pies. While you’re using apples from the same tree as the apple you munched on, their flavor profile changes after it has been sliced, spiced, and cooked; still delicious but not quite the same freshness. Hop-Shine works in a way to allow hops that have been dried, pelletized, boiled, bottled, and aged among other alterations to regain some of their fresh off the vine characteristics.

The hops behind the madness are home-grown on the east side of Centennial Trail—a favored walking and biking trail within Snohomish county—and on the south east end of Lake Stevens. The resulting hops are cool climate and ocean grown. These farmers also see the plus side of utilizing hops from different farms and regions to expand the quality and variety of their product, so these essences are truly unique. 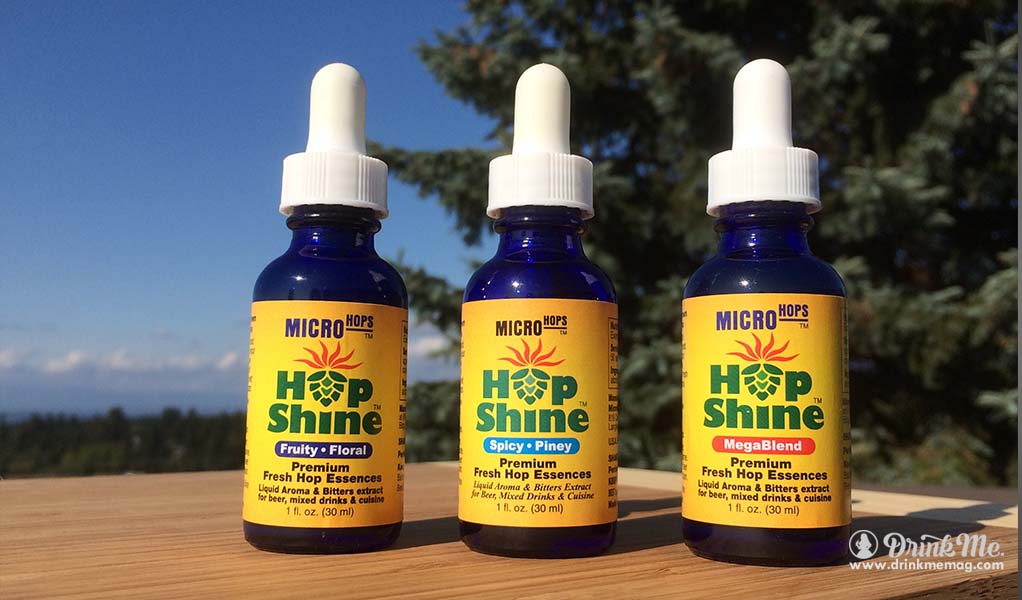 When you go to add a drop or two don’t be alarmed if the color and haze of your drink alters. Hop-Shine is unfiltered to maximize its retained flavors. Given its freshness, it’s best used within 30 days and kept refrigerated or frozen until use. To preserve Hop-Shine, simply add fortification by using a naturally high proof (150-180) consumable spirit. Choose from the following flavor essences, though not all are currently available due to MicroHops perfecting their recipe:

So go forth, take advantage of Hop-Shine and have the power in your hands to transform that very beer staring back at you. Put that gleam back in its eye.