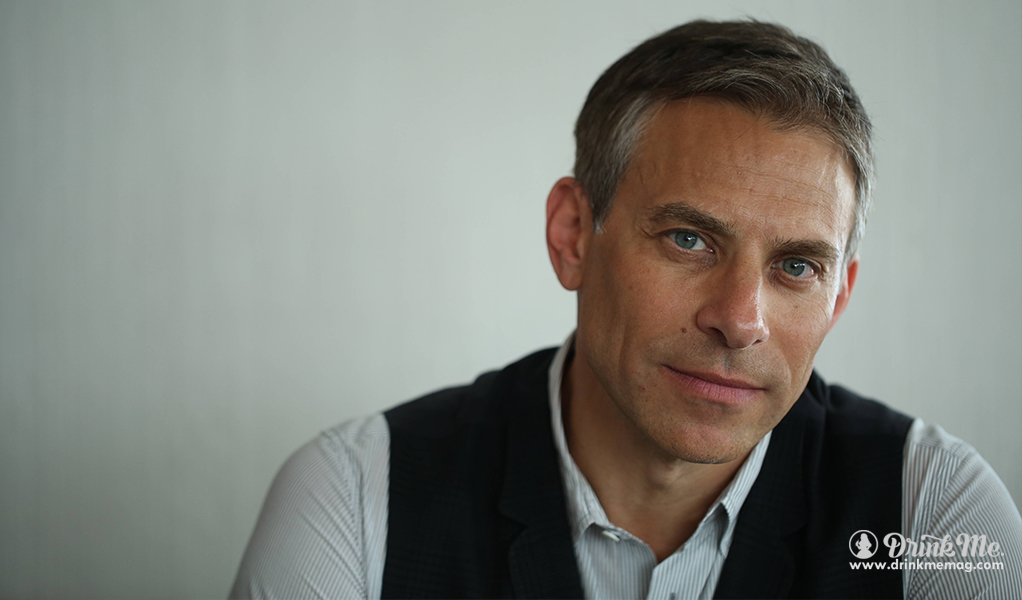 Corn whiskey is one of the great spirits of North America. But for a long time it was more or less exclusively associated with moonshine and not really available to the vast majority of modern-day consumers. That has all changed recently and the category is currently exploding. Stillhouse is a leader in it and produces a white whiskey crafted from 100% corn in varieties ranging from classic moonshine-style to flavored versions like peach tea, coconut, and more. We recently spoke with Brad Beckerman, CEO of Stillhouse Moonshine, for a look into the inner-workings of one of the most exciting spirit categories in the market today.

Brad:                           I guess the journey started about five years ago. II was in the music merchandise business, and as a serial entrepreneur and someone with a type-A personality, not standing still, I was kind of looking for my next venture.

I was approached by a friend of mine named Adam Perry Lang, who is a fairly well known BBQ chef that was doing a bunch of different BBQ related events. Whether it would be from Jack Daniels, Maker’s, or other people, guys were coming up to him with Mason jars of this clear spirit that they called hooch, or white lightening, and a light bulb went off in his head.

People always think about pairing wine with food, but nobody really talks or thinks about pairing whiskey with food. He said, “You know Brad, there’s something about this white whiskey. Nobody’s marketing it, nobody’s selling it…Is this something you’d be interested in getting together?”

Having been a bartender throughout college, I instantly recognized that eighty percent of the spirits sold behind the bar are clear spirits. Why? Because of mixability. And I thought, wow, this is a potentially huge category. Because when we’re talking about five years ago, brown spirits were still kind of humming along but they didn’t have the kind of growth that you’re seeing today.

I got immediately excited about it and just candidly took ownership of the idea. I started developing a business plan and a vision for what the brand could be. We were very fortunate to be able to trademark not only Stillhouse but Original Moonshine. We got Moonshine.com as well as Stillhouse.com.

We started putting together a plan, and at the time we took in some friends and family money of various people, put the plan together. I had originally partnered with a company that was primarily in the wine business, and I was candidly too naïve I guess at the time [to see] that there’s a fundamental difference when you sell, market, and distribute spirits versus wine. I just assumed they were all alcoholic beverages, and I thought my partners at the time understood that, and unfortunately they didn’t understand it to the level that we needed them to.

Brad:                           Both. As an example of regulatory, in many states, you can taste and buy wine right from the tasting room. There are currently only nine states in the United States that you can actually buy spirits directly from a tasting room. There’s different laws as it relates to wine gallons versus proof gallons, what the excise tax is, and there’s just so many different regulations that vary between spirits and wine. They’re very different, not to mention sampling.

You might have seen some stuff, small little things regionally here and there, but there were no distributors that were selling it. We were the first ones to sign up with a major distributor, Southern Wine and Spirits. They took us on and we were their first white whiskey. They loved the concept and loved the product.

When we first launched we kicked it off with John Varvatos, who’s my closest friend, and we did his tenth year anniversary party. We had ZZ Top, Alice Cooper, and we had Jimmy Kimmel. It was a huge kickoff and we got a tremendous amount of press. But we soon realized that we coming out as Original Moonshine was actually too generic.

What I mean by that is that typically when people go into a bar there’s a call. What’s the call? “I’ll have a Jack and Coke, I’ll have a Belvidere and Soda, I’ll have …” Whatever they’re asking for. Well, even though we got a lot of press and buzz at the beginning, people would go into bars and say, “Yeah, I want to try that Moonshine? I want to have that Original Moonshine?” At the time a lot of the bartenders they’re like, “What are you talking about?” It didn’t resonate to them.

One of the things that we found over the last four years is that we needed to develop a more distinctive call at the bar. Thus we shifted our brand name and focus from being Original Moonshine, to Stillhouse Moonshine Whiskey.

The other thing is that we came out at too high of a price point. [Depending on the states], in some cases it $34.95 all the way up to $39.95. Where we are today we average $24.95, so we’ve been able to bring our costs of goods down without changing any bit of our recipe or quality. We were able to do that in a way to give the benefit to the retailer and the consumer, so that’s made it more attractive.

Brian:                         When you were first introducing this to the market and getting bartenders and consumers more familiar with it, was there a hurdle in terms of perception? Like, what’s the difference between this and any other clear spirit? Were people asking for comparisons? Is it like a vodka, is it like a rum, is it like a tequila, or was that pretty easy to convince people that this was wholly unique?

Brad:                           No, it’s an excellent question. Yeah, we did get some of that because they weren’t familiar with [it]. First of all, it’s amazing to me that most consumers don’t even realize that whiskey is brown from the aging process. Because we’re a corn whiskey, the first thing they see is clear. We had to get over the hurdle of, “Wait a second, you can’t be whiskey because you’re clear. What is this?” “No, it’s an un-aged whiskey.” Then separating out vodkas and other clear spirits being column stilled while we’re copper pot distilled, and explaining those differences was again another differentiator.

It’s kind of where we are today with a category both in craft whiskeys and also the “moonshine” category that have become explosive. Especially by two brands in particular, or as I call them the ‘Mason-jar brands’, and I’m sure you know who they are. They’re portraying themselves as moonshine, when candidly they’re not even real Moonshine.

They’re selling flavored vodka, and my hat’s off to them because on a commercial perspective they’re doing a tremendous job. But it’s another hurdle for us to explain to people what we are versus what we’re not. And what they are versus what they’re not.

We’re the real deal. We make one hundred percent corn whiskey and then we infuse it with natural flavors so we have a superior product. We are an ultra-premium product in a category that’s newly evolving on a daily basis. We’re trying to do the best job we can to set a new standard for what moonshine is today.

Brad:                           It’s all about liquid to lips for us. It’s about activation. It’s about how we can get in front of consumers to expose them to Stillhouse. Our biggest success is once we get people to try it, because people are surprised how remarkably smooth and tasty it is.  It’s a very clean spirit because it’s a clear spirit.

Our big thing is we don’t make cocktails, we make punches. Because that’s what the old-school did. You create these punches with our products and get people to enjoy them in different varieties of flavors, or just drink our flavored moonshine over rocks; you don’t even need to mix it. We do a lot of events with John Varvatos and at the old CBGB in New York. We do a lot of music lifestyle and fashion events where people are social and having a good time. That’s what Stillhouse is all about: It is about [being] social and having a good time.

Brad:                           We do actually try to track it and the majority of consumers that we get are already clear spirit drinkers. I would say that we’re more of an early-entry whiskey brand for those. You’re seeing a lot of advertisements with women and bourbon, and women and whiskey, and believe it or not I would tell you that forty percent of our consumers are women. They like this idea that they’re being a little bit of a bad-ass. Like, “Oh, I’m not just drinking vodka, I’m drinking moonshine whiskey. I’m drinking something that’s bad-ass but it’s smooth.” I think that there’s something exciting about that.

At what we call LDA, or legal drinking age, most dial in their spirits drinking preferences very early. We’re focusing on early-stage drinkers of legal drinking age where people are starting to identify with who they are, what they’re lifestyle is, and what kind of bars or clubs they hang out in.

Is it a tailgate party? Is it a music festival? Is it a concert? And here is a new drink –it’s not just vodka, and it’s not their granddaddy’s regular rum. It’s something different, it’s fresh and hopefully that becomes their drink of choice.

Next post Who Were The Winners?!: ADI's Annual Craft American Spirits Competition Results

Previous post The IRS Is Back: Stone Imperial Russian Stout