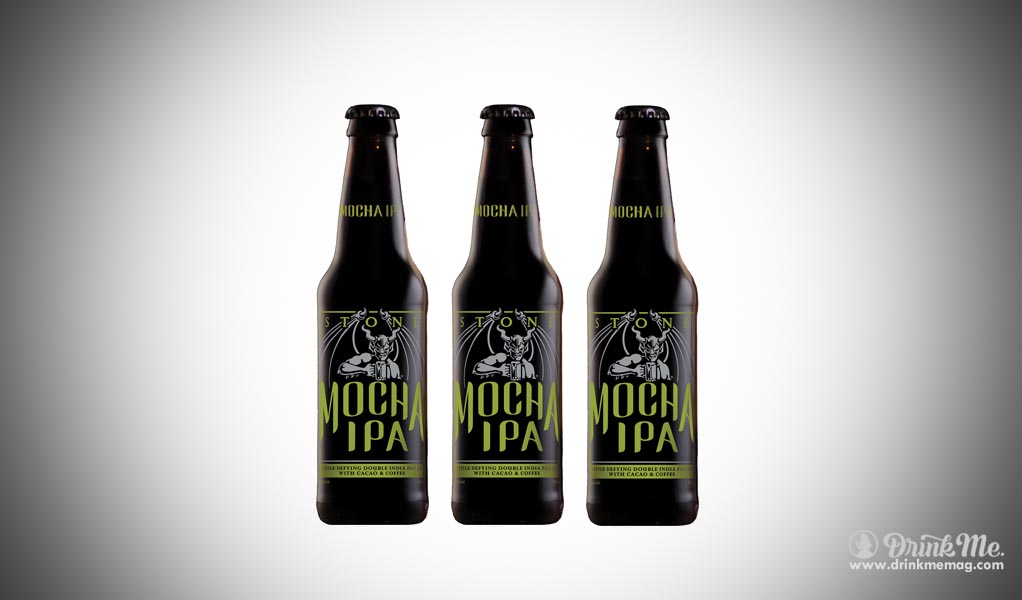 The envelope-pushing brewers at California’s Stone Brewing Company describe their new genre-defying Stone Mocha IPA (exhibiting traditional qualities of both IPA’s and stouts) as “the best of both styles, making this love child of a beer simply just a beautiful, pleasure-seeking meld of Imperial IPA and mocha indulgence.” We like IPA. We like chocolate. We like coffee. And who doesn’t love a little “mocha indulgence” at the end of a hard day?

Stone Mocha IPA is brewed with a traditional IPA blend of Cascade, Amarillo, and Citra hops, meaning tertiary citrus flavor profiles of grapefruit and orange peel create an intriguing juxtaposition with the initial wave of rich coffee, even espresso flavors and deep, bitter dark chocolate. With such deep, varied, complex flavors, a high ABV of 9%, and 80 ABU’s, this is definitely a brew to sip and savor. Heck, spend an hour on a pint, if you’re not in a rush.

If a beer this complex seems difficult to pair with food, Craft Beer Ambassador Bill Sysak recommends trying Stone Mocha with Mexican mole dishes, butternut squash soup, blue cheese, even tiramisu. The brewers at Stone Brewing Company aren’t afraid of flavor, even in vibrant and rule-banishing combinations, and nor should you be.