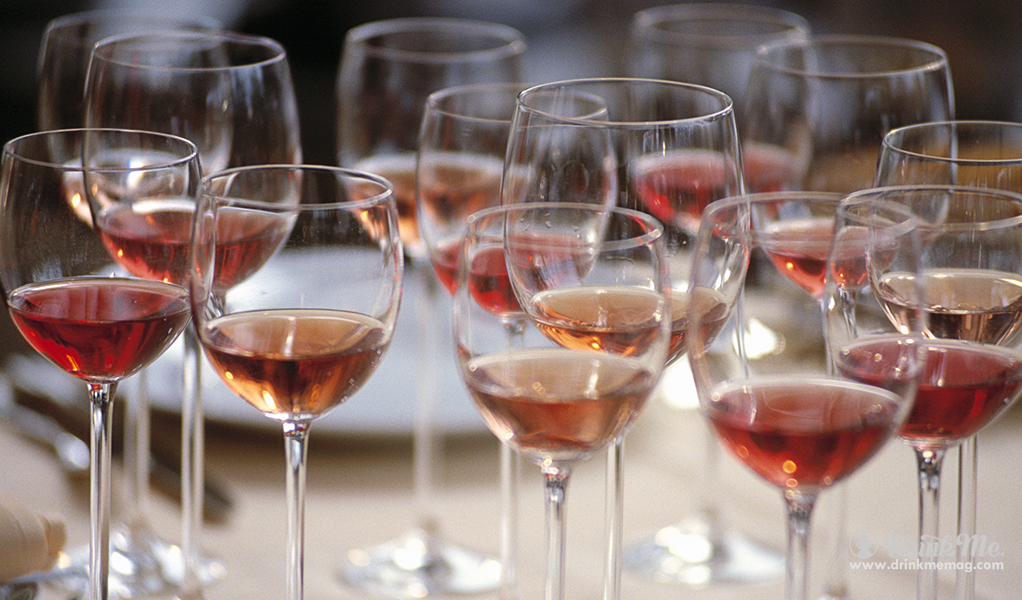 If spring’s around the corner, can rosé wines be far behind?

To be honest, most wine lovers probably don’t think much about rosé wines before June or after September – some may never think about them at all – but during those hot and humid months, rosés seem a capital idea for a light lunch, a Niçoise salad, a BLT, or a batch of guacamole.

Then begin the clichés: “Rosés are so right for summer”; “There’s nothing like a good rosé from Provence with outdoor cooking”; “There are actually some promising rosés now coming out of Spain and South America.” All such sentiments are pretty close to damning with faint praise.

By their very nature, rosés are still a curiosity – a pale, low alcohol wine made from red grapes like grenache, pinot noir, or zinfandel, in regions where there is abundance of such varietals. They seem to appeal most to those who don’t really care much for red wine, and, for a very long time, rosés have evoked romantic dinners at seaside bistros overlooking the blue Mediterranean, leading to effusive parodies of winespeak that most people would agree have little or nothing to do with the wine itself.

I fell for such imagery when I was both old enough to drink and secure enough to invite a girl out or over to dinner. Having decided that I would become a sophisticate, I would ice up and uncork a bottle of Domaines Ott Rosé, which was neither fizzy nor sweet like Mateus and Lancers, for a “serious date.” That bottle must have cost me at least four dollars.

I took my cue from the movies, of course – Cary Grant, in “To Catch a Thief,” wearing an ascot, as a retired cat burglar having lunch with the chief of police on a terrace overlooking Monte Carlo and drinking rosé. Cary Grant (again) in “An Affair to Remember” on a cruise ship with Deborah Kerr ordering “pink Champagne” – she dabs it behind her ears then flicks a drop at a rival at the bar.

And then there’s Hemingway – unintentionally the finest food and drink writer of the last century – who wrote of his favorite rosé, Tavel, in The Garden of Eden, much of which takes place on the French Riviera in Aigues-Mortes, saying, “It is a great wine for people that are in love.”

Now you see? That’s the kind of thing that gives rosé wines their romantic appeal, despite few people otherwise considering it “a great wine.” It’s the association of people who are in love that makes rosé, or at least Hemingway’s Tavel, “great.”

Rosés are hardly alone in being considered wines fit for romance. Champagne, perhaps the quintessential romantic wine, is sold primarily on anniversaries, Valentine’s Day, New Year’s and other festive occasions. My favorite Champagnes are, actually, rosés, especially Taittinger Comte de Champagne Rosé, because I love the fruitiness and the gorgeous salmon color the pinot noir adds, and I respect the vintners for making a difficult wine that can easily turn out badly…but doesn’t.

I’m told that there has been a slow rise in interest in rosé wines at U.S. restaurants, which I think may be due to the ever widening range of good Spanish and Italian examples that tend to be somewhat deeper in color and flavor, and to the personal tastes of restaurant sommeliers, who, by virtue of their depth of knowledge, love nothing better than to find a wine of unheralded provenance that tastes much better than it’s supposed to.

More to the point, I think wine lovers love rosé both for its aptness at a certain moment and for the memories of those moments recollected in tranquility, years later. Nothing so improves the flavor of a wine than the circumstances under which is it drunk. If that happens to be at a formal dinner where a generous host poured First Growth Bordeaux or DRC Burgundies, the memory will linger on as a triumphant moment of magnificent connoisseurship. Or if the first taste of wine in a newly visited country – say Croatia or Brazil – impresses you with its deliciousness, that taste will never disappear.

But I truly doubt that most wine lovers recall with unbridled admiration any specific rosé wine, however surprising its quality. What we do remember and love about rosés in general is where we drank them and what we ate. Indeed, it is impossible not to think highly of an iced Provençal rosé while dining with one’s wife, lover, or friend at an alfresco restaurant, whether in a supremely evocative location like Nice or the Amalfi Coast, or on a sidewalk cafe in Manhattan. The food and the company – the moment – conspire to make the wine taste so much better, no matter if it costs only a few Euros or dollars. With grilled langoustines, spaghetti with sea urchins, paella, or fresh abalone, the color and bouquet of a rosé complete the moment of sheer contentment, while the low alcohol levels allow the receptive appetite to drink another, then another glass with abandon. I suspect rosés cause a slower, happier form of mild inebriation than any other wine.

At such times and in such places, rosés are irresistible, and it’s useless not to give in. Only a fool would drink a bold red or a chewy white with a ruddy, garlic-rich, saffron-scented bouillabaisse. What place does a Barolo have while you feast on calamari fritti, either on the Adriatic or in your own back yard?

There are times when wine lovers need be neither judgmental nor assertive about what they are drinking, and to simply enjoy a wine in the moment and in bright sun. Summer will be here soon, and the rosés will come out as surely as the roses will bloom.

About the Author John Mariani

John Mariani has been a food, wine, and travel writer for 40 years and has written columns for Esquire magazine, Bloomberg International, and The Huffington Post. He is the author of 13 books, including The Encyclopedia of American Food and Drink and The Dictionary of Italian Food and Drink.

Next post The Ultimate Guide To Breakfast Joints In Philadelphia

Previous post The Ultimate Guide To The Top Beer Joints In Washington, DC.