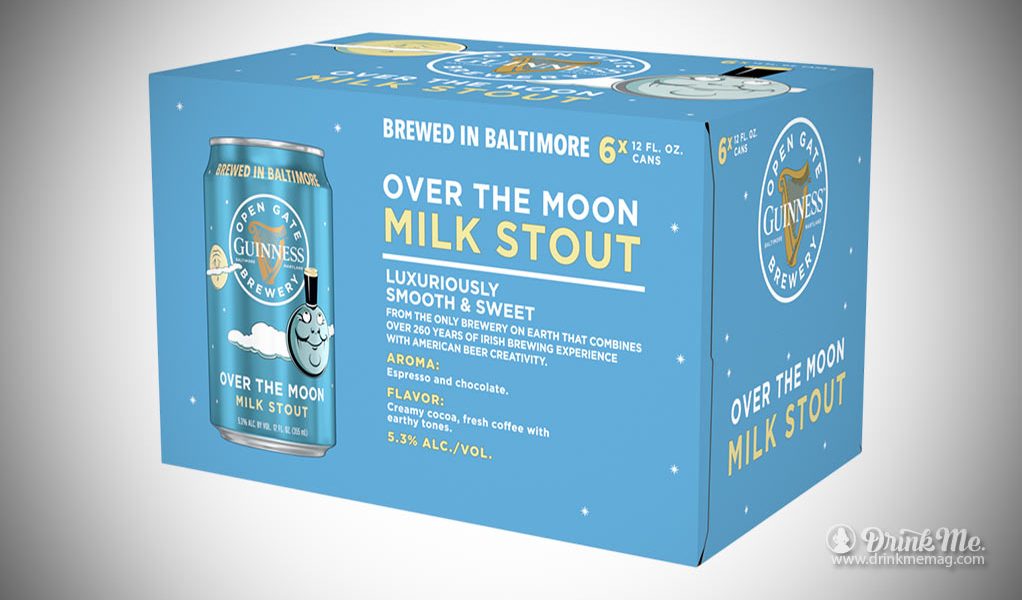 The latest beer from the Guinness Open Gate Brewery in Baltimore – Guinness Over The Moon Milk Stout – is officially here.

The beer is a full-bodied stout, full of flavor with hints of roasted malt, milk chocolate and rich coffee. At an ABV of 5.3%, it has a warming bitterness that is offset with the cream-like sweetness from the milk sugars of the lactose used in brewing.

Guinness Over The Moon Milk Stout can be found on shelves now in select areas including the Baltimore, Boston, Washington D.C. and Philadelphia metro areas (as well as in the brewery’s taproom) as a permanent addition to the Guinness family. Beginning in November, the stout will also be available nationally for a limited time.

Next post Have You Already Signed Up For a Wine Club - The Ultimate Guide For 2020!