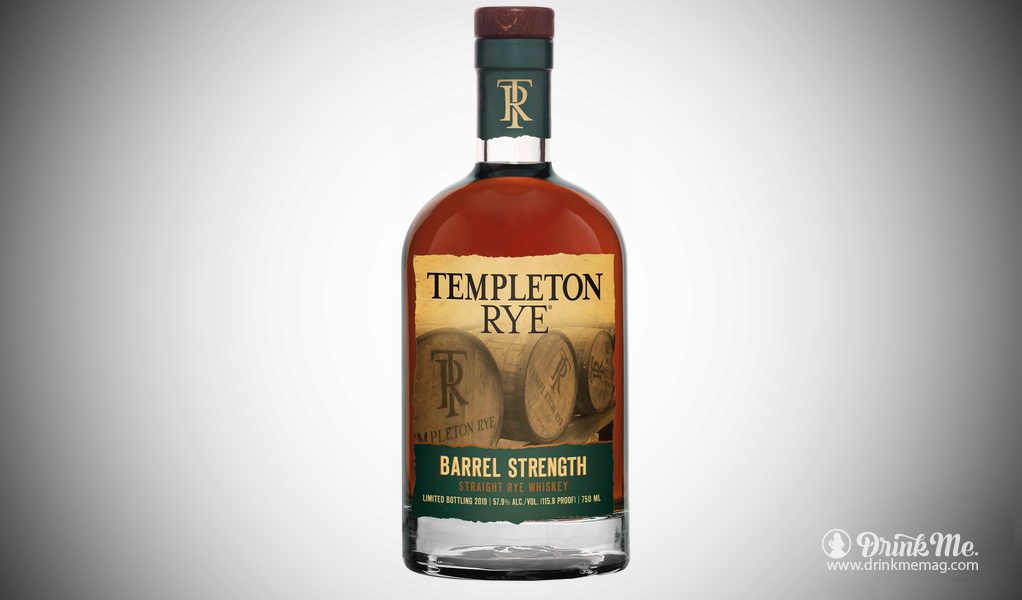 Each year, a select number of noteworthy barrels, which vary in ages and maturity, are chosen to create this remarkable, super premium barrel strength American rye whiskey. The whiskeys are then skillfully married or vatted together and bottled at 115.8 proof to deliver an exquisite, natural, non-chill filtered whiskey comprising of aromas of dark fruit and toasted almonds.

In the same vein as the successful 2018 edition, which received a 90-point rating from Whisky Advocate, this year’s special release is beautifully influenced by flame-charred American oak barrels. The whiskey is sourced from Indiana (Midwest Grain Processors) with a mash bill of 95% rye and 5% malted barley. The spirit is bottled at the Templeton distillery at 57.9% ABV, a higher percentage than the 2018 edition. The result is a whiskey with rich, peppery notes that dovetail marvelously, fading into sweet floral tones and classic rye pepper that deepens into a long, spicy finish.

“We were inspired by the wonderful reception that the 2018 Barrel Strength release received and are excited to share this new bottling with our fans that we feel is both complex and intriguing,” said Tim Grimes, Brand Ambassador of Templeton Rye. “Our Barrel Strength line represents our beloved whiskey in its purest form while allowing us to salute the hometown of Templeton and our residents’ strong spirit.”