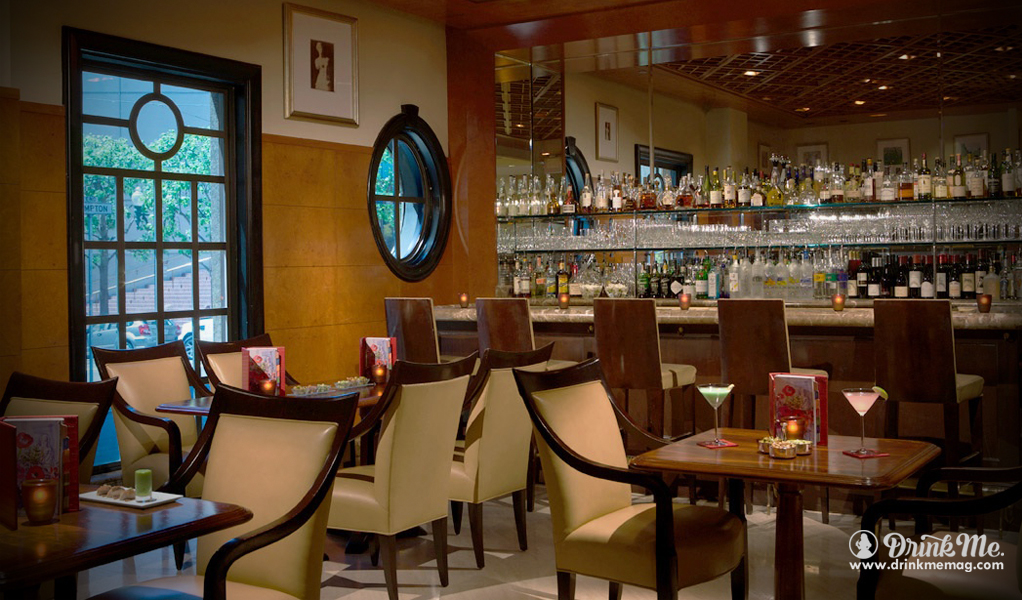 A few steps from the hubbub of Union Square is The Campton Place, a cocoon just inside the Taj Campton Place Hotel. The bar and bistro is adjacent to the pricier restaurant, but the bistro menu is overseen by the same chef Srijith Gopinathan who earned his Michelin star at this locale and incorporates flavors of his native India into many dishes. The “featured cocktail”changes regularly, such as the Sly Fox, a sour made with whiskey that is aging right there at the bar in a small barrel, with aromatics of anise, clove, and cinnamon. Sometimes I try in vain to trip up the bartender by ordering a Pamplemousse Sour, which hasn’t appeared on the menu for years, but most of the bar staff at this well-managed establishment have been there forever. “Small meals” run from chicken noodle soup ($12) to an ounce of Russian golden caviar ($188).