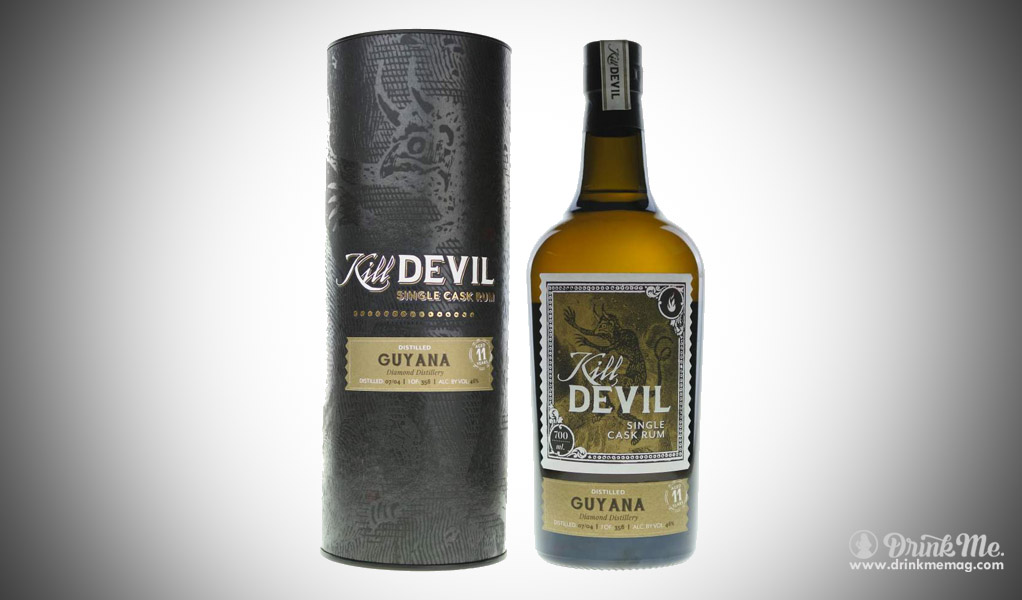 The tale of the Demerara Distiller began in 1670 when multiple sugar estates had their own run stills.  This paved the way for the early making of Demerara.  Two hundred small distilleries located in Guyana were just the beinnings. Each of the distilleries were attached to well-known sugar plantations each with their own unique taste. Through the years, only one unrivaled distillery remains at Planation Diamond on the East Bank of Demerara, owned and operated by Demerara Distillers Limited.

A dimple on the chin, will release the devil within. That is sure felt when you indulge in the taste of Demerara distillery’s 15 year old 2001 Guyanese Rum – Kill Devil (Hunter Lating).  A single cask bottling of 15 year old rum that is independently bottled by the folks at Hunter Lating for their kill Devil range. Kill Devil Guyana is limited to only 276 bottles worldwide. It’s a big and bold taste that you don’t want to pass up the chance of tasting. Tis no sin to cheat the devil but it will be a sin if you miss the chance to purchase Demerara’s 15 year old 2001 Guyanese Rum – Kill Devil.

Next post How To Prepare The Perfect Winter Game Nights