The Fuss About Fernet Branca 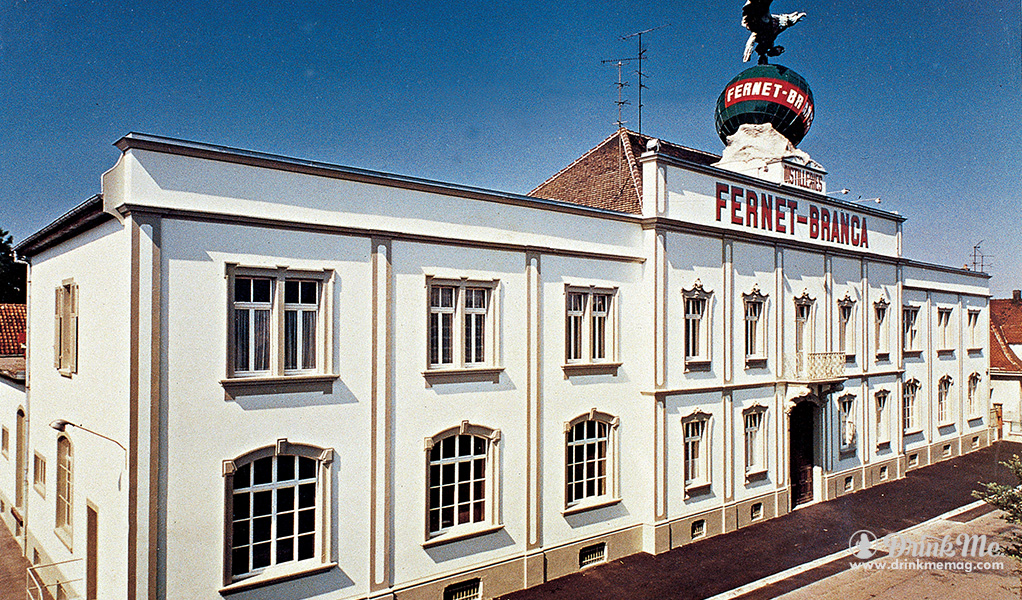 This guest piece was written by Geoffrey Kleinman

Fernet is a bracingly bitter liqueur, which is a member of the amaro family, a category of spirits that are often consumed after a meal to help aid indigestion or to help settle an upset stomach. Fernet isn’t actually a brand of spirit, it’s a style of amaro whose intense flavor has been likened to everything form a mix of Aqua Velva and mouth wash to drinking a minty pine cone. While there are several brands of Fernet currently available (including: Luxardo Fernet , Leopold Brother’s American Fernet Leopold, and a sweeter and minter Fernet Branca-Menta), when people refer to Fernet, they often mean Fernet-Branca.

Manufactured by Fratelli Branca Distillerie in Milan, Fernet-Branca is one of the higher proof amari (78 proof / 39% ABV), it’s also one of the lowest in sugar. Fernet-Branca is made from an assortment of forty herbs, roots, and spices. While the exact recipe is a secret, we do know that Fernet-Branca contains aloe ferx, gentian (a bittering agent), chamomile, angelica, quinine, colombo root, chinese rhubarb, myrrh, peppermint, saffron, and ireos. These herbs, spices, and roots are divided up between hot infusion (basically percolating herbs like coffee with spirit) and cold infusion, during which they are soaked in alcohol and then centrifuged. After the infusions are left to settle for a month, they are blended and then aged for a full year into Slovenian oak barrels, and Eastern European Oak.

Fernet-Branca is one of the few amari to be aged for a full year. The aging process serves to both add characteristics from the barrel and to intensify flavors of the spirit. The nose on Fernet-Branca is intensely herbal and considerably stronger than other herbal liqueurs like Jägermeister. While Fernet-Branca’s intense herbaciousness is often what people smell at first, it’s the strong peppermint which e emanates from underneath all the dense herbs that defines Fernet-Branca’s character. Underneath this minty piney top note are deeper root and floral notes. There’s a caramel note in there, too, but as you try to dig through the nose of Fernet-Branca, the mint constantly pops up and dominates.

Fernet-Branca is extremely popular in Argentina, who is the largest consumer of the spirit, where it is often consumed with Coca-Cola, In the United States, Fernet-Branca found a home among craft bartenders, who embraced the bitter amaro as a tribal drink and right of passage. This is one of the reasons why Fernet is often referred to as “The Bartender’s Handshake” and shots of Fernet are frequently consumed when groups of bartenders assemble.

As with most things related to alcohol, the exact intersection between Fernet and the craft cocktail universe isn’t well or accurately documented. The most likely story is that it was discovered by young bartenders working at restaurants in the predominantly Italian area of South Beach in San Francisco. Ferent would have been one of many amari on the back bar of the old historic Italian restaurants and perhaps the one least often consumed by its customers, making it a perfect option for a quick backroom nip.

Because of its intense flavor and bracing mint, Fernet-Branca has a refreshing quality to it. Whereas taking a shot of whiskey can make you feel warm all over, Fernet-Branca gives you a cool, invigorating feeling, one reason why it’s often considered a good “second wind shot,” and a perfect shot for a working bartender who is looking for something quick and easy to help carrying them through a long shift.

Bartender’s conspicuous consumption of Fernet didn’t go unnoticed by their customers and this helped create a solid following following for Fernet, especially in areas with strong concentrations of craft cocktail bars (including San Francisco, New York and Portland, Oregon). Fernet also began to find its way onto drink menus in mixed drinks as craft bartenders showed off their ability to incorporate Fernet’s strong flavors in more balanced and approachable drinks. This lead to the resurrection of drinks like The Hanky Panky, a classic drink from the 1900’s which appeared in the famed Savoy Cocktail Book. The Hanky Panky, a variation on the sweet martini, has 1 ½ oz of gin, 1 ½ oz of sweet Italian vermouth and 2 dashes of Fernet, stirred over ice and then served up in a chilled cocktail coupe with an orange peel on top.

Fernet-Branca is intensely bitter and deeply herbal, so it definitely falls into the “acquired taste” category. The role of mint and subtle sugar in the mix really do serve to pull all this intense herbaceousness and bitterness together and help transform it into something that is oddly crave worthy.

I’ve had many discussions with bartenders about their favorite amaro, and often things like Nardini, Cynar, and Amaro Nonino get mentioned. Then somehow when someone mentions Fernet-Branca, there are shot glasses lined up on the bar and we’re all doing shots of Fernet. It’s hard to think of another spirit that has this unique and ritualistic following.

Next post Close Your Eyes & Envisage The Town of Tequila

Previous post Getting Wild: Join Us As We Explore The Pays d'Oc