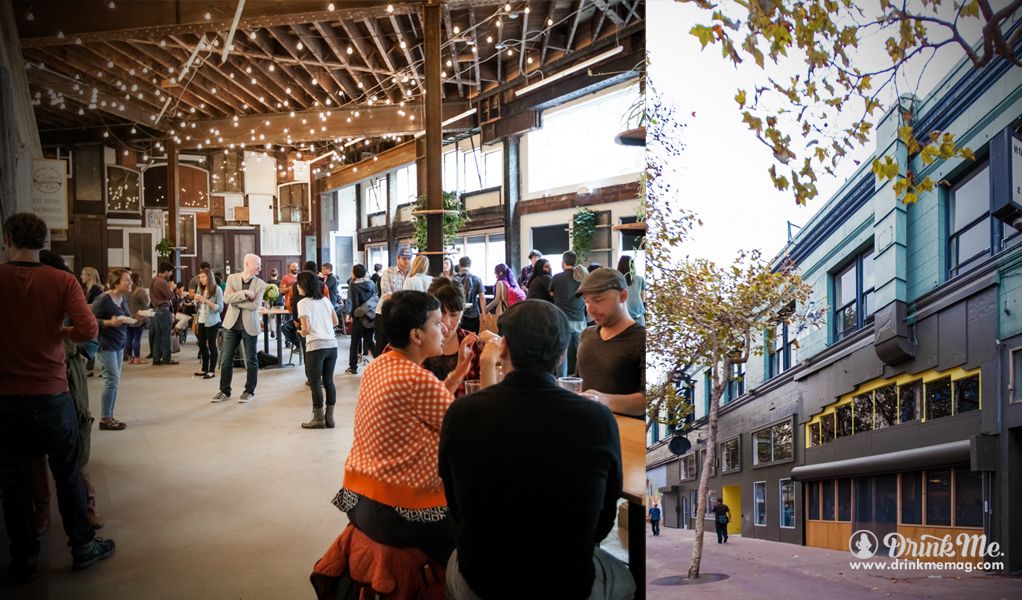 Revitalizing transitional spaces with pop-ups is a San Francisco signature. The latest to make the most of the interim is The Hall, a collection of vendors that opened in the city’s Mid-Market neighborhood, an area the city hopes to bring back to excitement over the next couple of years. In the meantime, the Hall –stashed in a hip 4,000 square-foot kitchen co-op –will spend the next two years transporting customers into the equivalent of an indoor food truck park. Local eats like Fine & Rare’s Blueberry Bourbon Bread Pudding (alliteration at its most delicious) will be served alongside a Northern California bar program, with eight seasonally-rotating taps (currently Anchor California Lager, Anchor Big Leaf Maple, Drake’s Hefe-weizen, Heretic Evil Cousin IPA, CaliCraft Buzzerkeley, Almanac Dark Pumpkin Sour, Half Moon Brewing Co. Kolsch, and Half Moon Brewing Co. Coffee Stout) and a large-format beer program on the way. They also have local wine on tap, and a low-ABV seasonal cocktail program dubbed “loophole cocktails” designed by Daniel Hyatt with Anchor Distilling Co. Check out the “Dim Sum” Happy Hour on Thursdays and Fridays, which offers a roaming array of the Hall’s $5 selection to the communal tables.