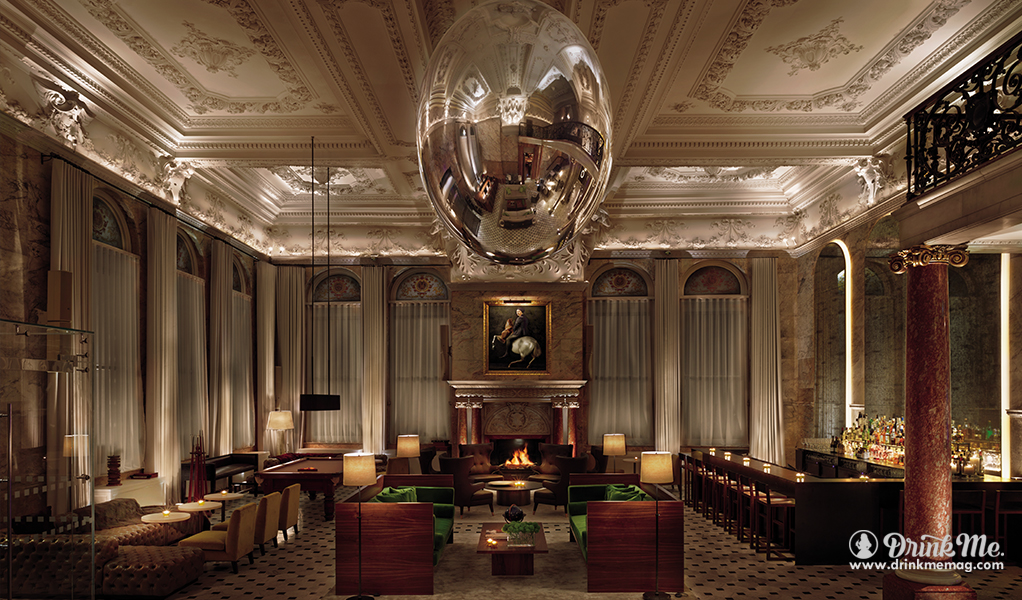 Just like a well-made cocktail, The London EDITION muddles the Classic and the Modern, the Stately and the Inviting until they are fused into a new, yet familiar flavor and served up on a silver platter, just as the visionary behind this hotel experience, Ian Schrager, intended. What began as the palatial townhouses on the border of Fitzrovia and SoHo, later became united as the Old Bergner’s Hotel until it was reinvented as the 173 room London EDITION in 2013.

With three different places to get your drink on (and a 24 hour workout room to burn it off the next morning), patrons don’t need to leave the hotel to experience the history and culture of the town. Joining the Michelin –starred Bergers Tavern and the tres-private Punch Room which has the feel of an exclusive club and offers the exclusive Scandal Water tea service, the Lobby bar greets those looking for complex drinks and the possibility of interaction with fellow travelers. Combining the binaries of work and play, The London EDITION addresses the needs of those looking to plug in and those looking for a non-electronic version of face time.

The Lobby Bar has something for everyone. The menu includes up-scale bar food and an expansive drink list including strong concoctions and specialty non-alcoholic drinks that look and taste just like the real thing. The Mod green couches, fireplace and antique touches offer the best from every era including today’s most advanced technology. With five-star service, the Lobby Bar at The London EDITION is the perfect stop for those looking for old-school individualized service at a place that is still hot off the press.