The Only 5 Cream Liqueurs You’ll Ever Need 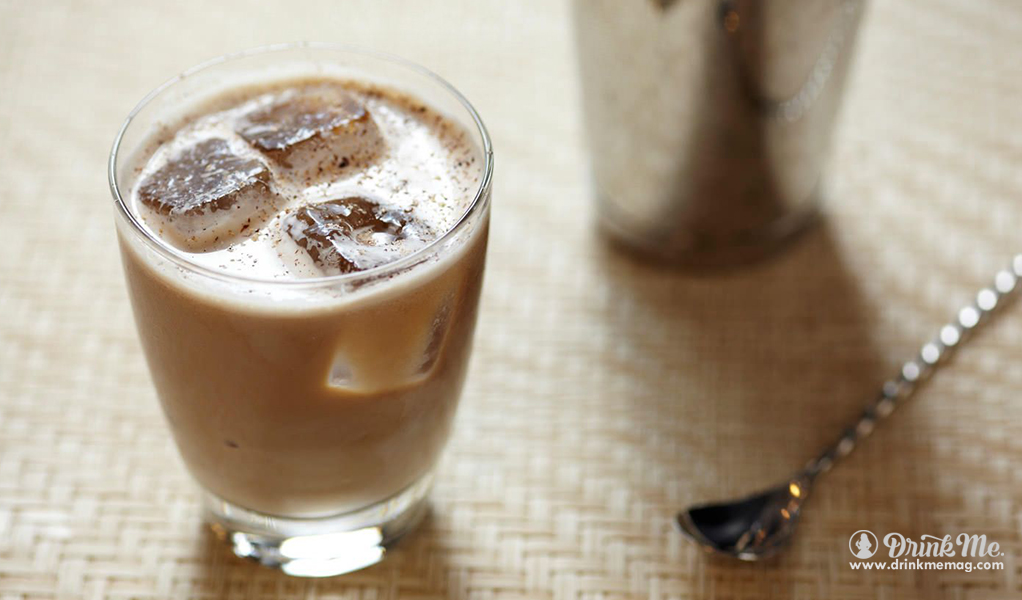 French Monks introduced flavor to spirits in the 1700’s, during the creation of ‘Chartreuse’; a liquor combined with citrus and herbs, often advertised to provide “medicinal” properties. Mankind has been inventing and experimenting with spirits ever since.  It wasn’t until the hip happy 1970’s, that blending cream and whiskey became prevalent.  Irish Whisky Cream was originally vegetable oil based, then homogenized to form a blend which enabled the spirit and the cream not to separate.  One of the first, and still the most famous of these pioneers is Bailey’s Irish Cream.

In the seventies, cream liqueur had a stigma of appealing to ladies who couldn’t’ drink a straight liquor or college students wanting to look sophisticated.  Thankfully that image has been washed down, with the drink’s maturity and progression.  Cream liqueur has been modernized and is now viewed as a fun drink with more depth and sophistication than its original counterparts. 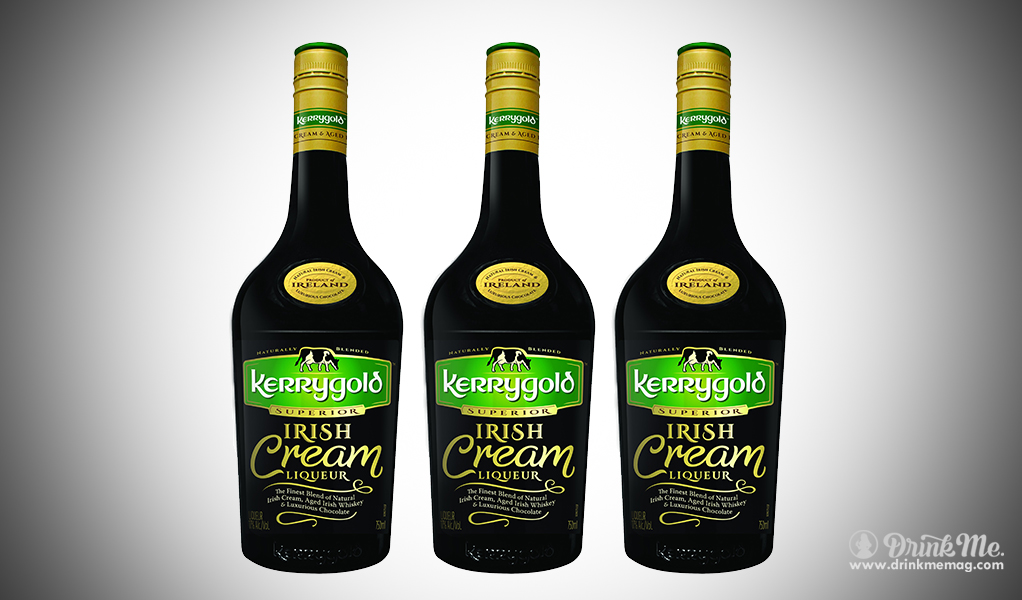 Named “Best Cream Liqueur” in the 2016 Drink Awards, this competitor does not disappoint.  The nose is a sweet tapestry of chocolate, cream, and whisky, with a background note of vanilla bean.  Close your eyes and picture cows in an open green, Irish Pasture, with the cows’ cream going straight into the bottle.  Try and abstain from guzzling it down in one gulp.  Instead hold it in your mouth for a few moments, to savor its yumminess.

The introduction of quality chocolate infused with whiskey, packs a fluffy distinct punch.  It simulates lying on a velvety throw in front of a roaring fire, whilst devouring your favorite boutique chocolate bar, accompanied by a cool glass of milk.  This delight of a drink really has all its flavors dancing a happy Irish Jig on your taste buds.  Enjoy on the rocks, add to an expresso, or transform a dessert.  Kerry Gold Irish Cream is highly recommended, but it should come with a warning, “addictive to all those who try it!” 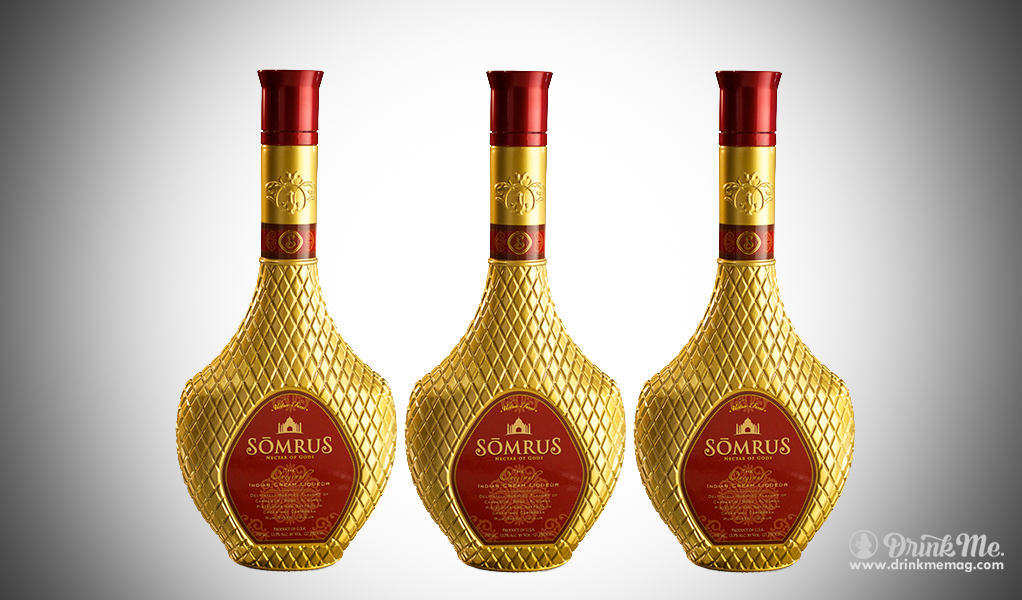 SomPriya’s drink, SOMRUS, has a gold bottle with a deep red label and cap, giving it an air of nobility and richness.  It is therefore no big surprise that its name in Hindi means ‘Dear to Gods’.  The company’s founder, a business man who traveled to India many times, had what he refers to as an ‘aha moment.’  Craving and never finding the perfect drink to finish off a wonderful Indian meal, he decided that he needed to create this “perfect beverage”.

SOMRUS, is made in Chicago from Wisconsin dairy cream and Caribbean rum.  On first pour, this drink, unlike fellow cream liqueurs, has a pale disposition, which is surprising considering the amount of exciting flavors it contains.  The first nose is a perfume of roses, closely followed by exotic spices, almonds and pistachios.  The nose is intense but on first taste, the flavors work splendidly.

Imagining your favorite candy from the Willy Wonka Chocolate factory, helps us imagine how this drink’s taste develops, as you drink it.  Heavy cream, a layering of almond paste, jelly candy, rum, cardamom, and saffron unravel and awaken your taste buds.  This is a post modern infused drink, which is not for the faint hearted, but it’s for the traveler and adventure seeker in all of us.  Be prepared to be transported to an exotic Indian garden paradise with this aromatic, curious, and inspiring beverage. 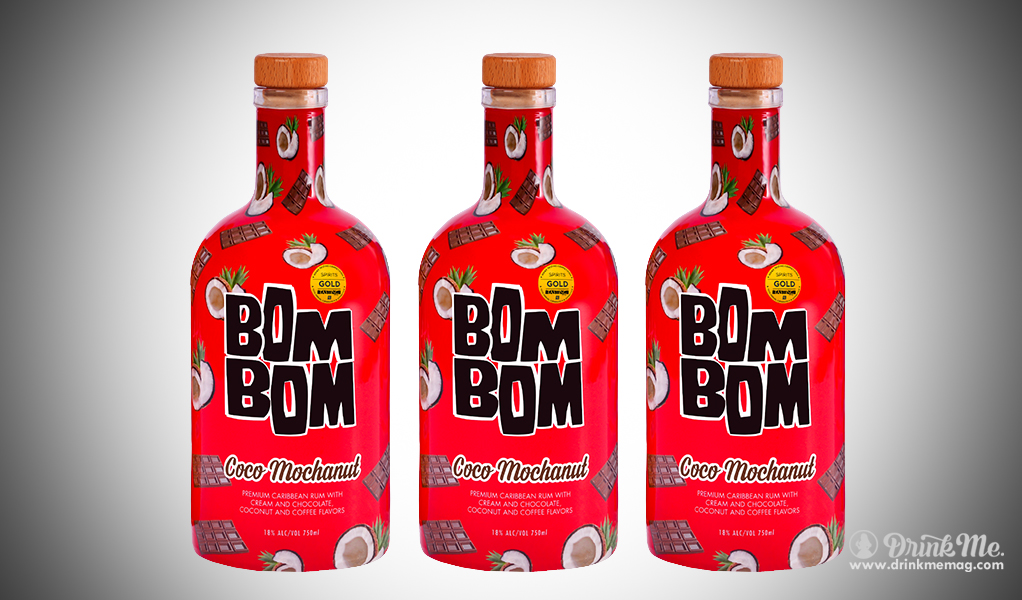 Owner and creators Kevin Mower and his wife, Eva Maria, launched Bom Bom Coco Mochanut in 2016. This fairly new and exciting twist on the cream liqueur has already caused a milkshake-up of a sensation amongst the old timers in the cream liqueur trade.  Introducing not only a fresh & up beat look, Bom Bom was inspired by the likes of Moschino and Pharrell Williams, but it also adds an Andy Warhol quirkiness to the table.

On first nose, your senses are greeted with roasted coconut, chocolate fudge ice-cream, and a hint of rum in the backseat.  The taste is a simple, yet smooth combination of buttermilk, chocolate, café latte, and coconut, followed by a warm glow of rum.  This drink is young and exciting in presentation, and it is vibrant and tasty without trying to being too clever.

Kevin’s experience in engineering, science and marketing as well as Eva’s branding and forward fashion thinking, have made this drink a match made in cream liqueur heaven.  Drink on the rocks or take this fun to a whole new level by adding Bom Bom Coco Mochanut to milkshakes, coffee or desserts. 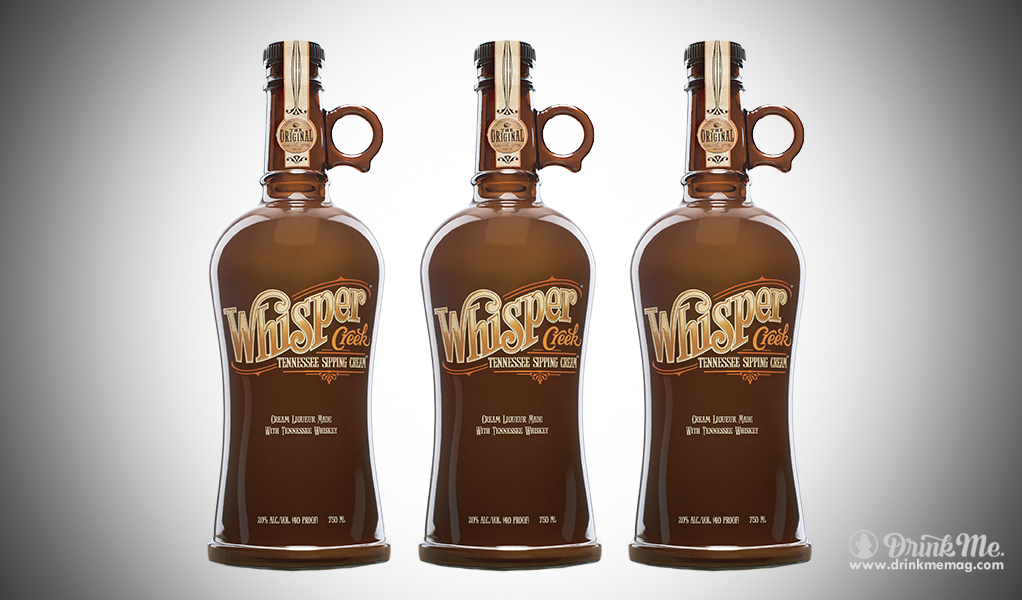 Whisper Creek of Nashville, Tennessee, is where husband and wife team Jenny and Jeff Pennington created what they like to think of as the first American cream whiskey.  The bottle design, based on the old Moonshine jug, immediately gives a nostalgic feel to this beverage.  The retro label print, swirly & bold, echoes scenes from the old Wild West.  You can imagine ordering one of these from a saloon, or drinking it on your front porch while rocking in an old, oak chair.

On first nose you are introduced to butter, molasses, and cream.  The taste has a few layers of fig, vanilla, and pecan, but it’s not enough to be overpowering.  Using premium aged whiskey as the base, it invites a new twist to an old classic.

Although not shockingly different, it does have a unique style and class that raises the bar in cream liqueurs.  Sweet but not sickly and deep without the burning liquor sensation.  While picturing cowboys riding off into the sunset, this drink is both rough and smooth, galloping together perfectly.  Drink on the rocks, spike your boring coffee or be a little naughty and pour over ice-cream! 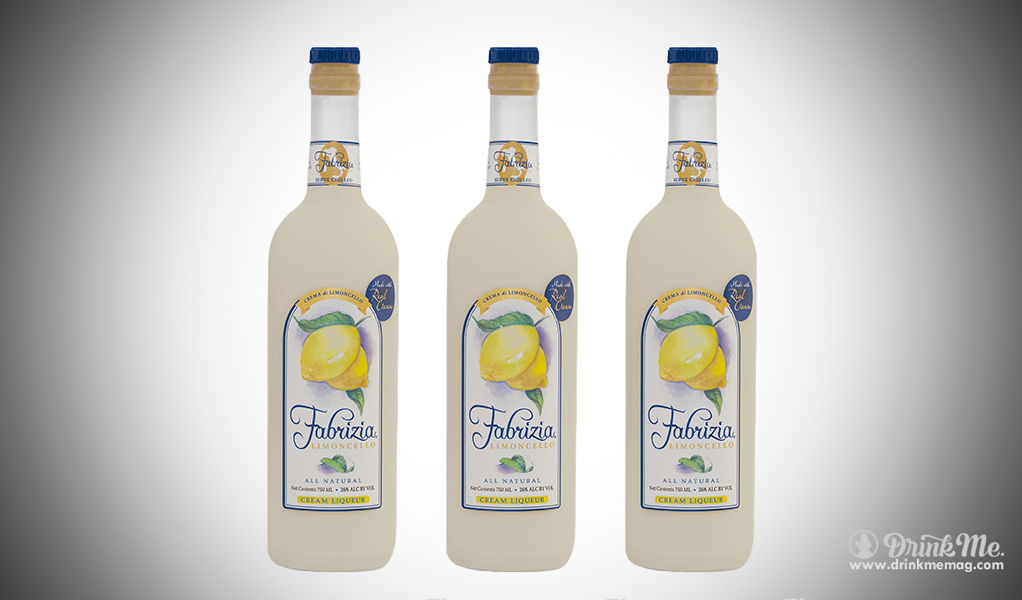 Founder of Fabrizia Spirits, Phil Mastroianni developed a love affair with his Italian roots after visiting his ancestral home town of Platania in Calabria, Italy.  Mastroianni fell in love with the Italian food, drink, and general lifestyle.  On returning to his home town of Boston, Massachusetts, Mastroianni started to make his own Limoncello.  One day, while visiting his parents, his Uncle Joe tasted the drink and enthusiastically said it was the best Limoncello he had ever had.  From that day forward, Mastroianni’s weekends and evenings were spent perfecting the drink until he felt he could launch and sell his first batch.

On first nose, a non-sour, subtle citrus is thankfully not eye watering.  It’s then followed by a sweet, lemon candy kick.  The taste is pleasantly refreshing, tart without being harsh on your throat, and sweet with a pleasant after taste.  Mastroianni prides himself for using natural ingredients in the Limoncello, including, zested lemon rinds, pure grain alcohol and house made simple syrup finished off with a Wisconsin dairy alcohol cream.  The combination of flavors brings images of Italian families and friends gathering around the lunch table on a summer Sunday afternoon.  This is a drink to share and bring people together in the old traditional Italian family way.  Drink on the rocks or add to various cocktails to create the perfect combination of sweet and tart.

Previous post The 5 Italian Beers You Need To Know About