The Simple Secret to Avoid Hangovers 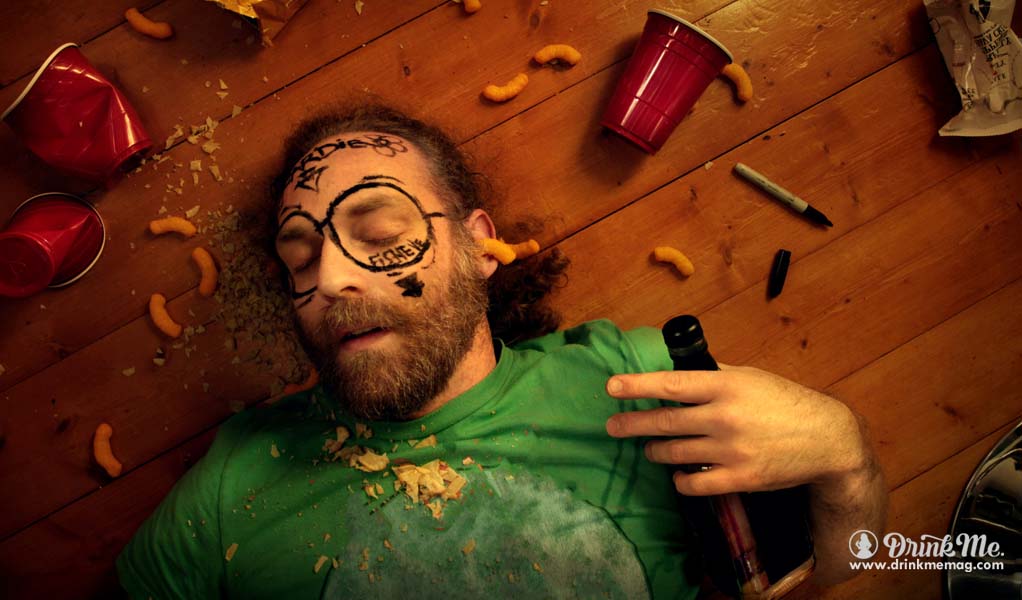 For those people who like to top everyone else’s story about how wasted they got last night, here’s current intel about why you’ve been paying for it with a hangover headache the next day…and the easy way to avoid it entirely.

It Ain’t the Sulfites

Let’s start off with the “I’m allergic to sulfites” argument. No you’re not.

First of all, it’s pretty rare. And second, the only reason people think sulfites are the cause is because there is a statement about sulfite use on the label. That’s often the only production or component information on the label, therefore they think it must be the cause.  But correlation is not causation.

Truth is, sulfites are a natural byproduct of fermentation. They are also added in very small quantities to maintain the freshness of a wine through the production process and into the bottle. Their presence is so minimal– single digit ppm –which is equivalent to a pinch of salt on 10 tons of potato chips, that they are totally imperceptible and have absolutely no effect on you when you drink the wine. Net net, they get a bad rap for doing good.

Of course there are other factors that do contribute to hangover headaches.  All are natural byproducts of fermentation that in fact give the wine flavor, structure and mouthfeel.

You’ll hear wine geeks tossing these terms around so don’t get flustered by the chemistry, it’s really pretty simple. There’s a big class of compounds called phenolyics which includes tannins (which gives the “chalky” mouthfeel in red wines) and flavonoids (the nutrient group known for its antioxidant and anti-inflammatory health benefits). Resveratrol is one of these that you hear a lot about in reference to “The French Paradox.” Morley Safer, RIP, did a piece called that on the TV show “60 minutes” back before the internet was invented. Scientists thought then, and know now that the reason French people have such a low incidence of heart disease even though they eat a ton of paté and cheese, is because the “good” resveratrol in red wines counteracts the “bad” stuff in cheese and fat.

Phenolics also include a ton of other individual chemicals that contribute the individual flavors people sense when sniffing wine:  the “buttery” in Chardonnay is diacetyl, and the pineapple you smell in Sauvignon Blanc comes from methyl butyrate. “Green apple” is really malic acid in Riesling and other varietals.  Agreed, it’s not sexy, but maybe you can use these facts to deflate the ego of the next pompous wine geek you meet.

Unfortunately, many of these chemicals also have some unpleasant side effects. They can be diuretic (ever wonder why it seems you pee more than you drank) and vasodilators (same effect, more blood flow=more urine production) which may contribute to the end result of a headache. Put them all together and it boils down to the body using up water to “process” the wine you drank. And that in turn causes dehydration which in turn leads to a headache.

So Steve’s non-medical solution to avoiding hangovers?  Simple.  Just drink two glasses of water before you start drinking.  And when you wake up in the middle of the night to pee, drink two more glasses then too. Chances are you’ll wake up feeling fine and ready for a second shot tomorrow night at the “I was so wasted” game.

Next post Ways To Maintain A Good Lifestyle Without Debt