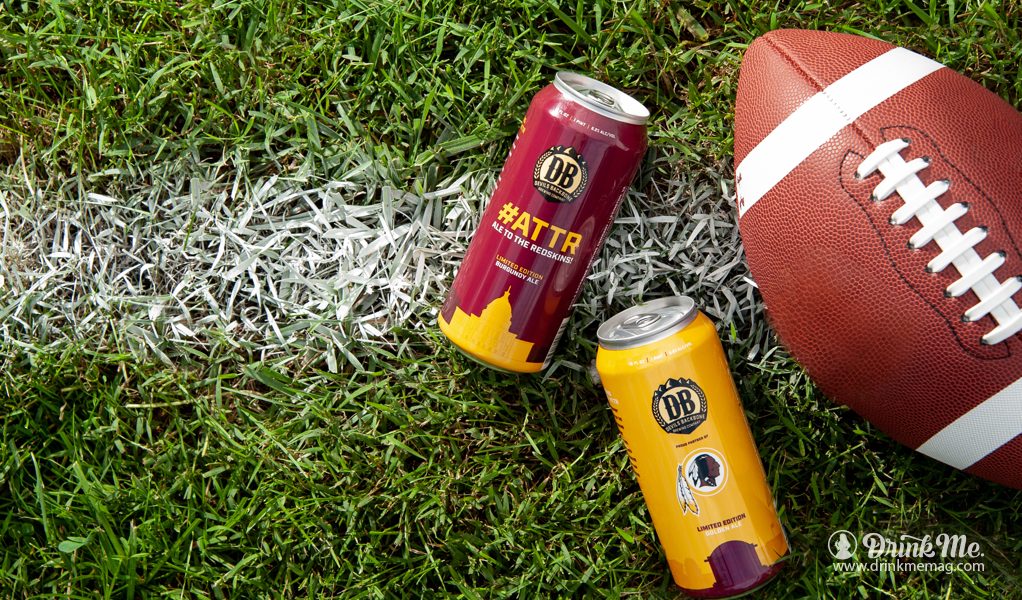 The Washington Redskins have announced “#ATTR,” a new ale to be sold at FedExField this season in partnership with Devils Backbone Brewing Company.

#ATTR, which stands for “Ale to the Redskins,” is the first beer in team history brewed just for the Redskins. The beer will be sold at all Devils Backbone stands and in sections 137, 121, 319 and 408 on gamedays.

“We’re excited to partner with Devils Backbone on #ATTR as a way to celebrate 80 years of the Redskins fight song,” said Steve Ziff, Redskins Chief Marketing Officer. “#ATTR allows fans to commemorate with us and become a part of Redskins history with a brand new product at our stadium.”

This season, #ATTR will be available in two different styles with two unique 16 oz. can designs: a burgundy ale and golden ale. Fans will vote online to decide which product they would like to become the official ale moving forward.

#ATTR Burgundy Ale is a hoppy and red wheat ale that is 6.2% ABV and has 40 IBUs. It is brewed with equal parts Pilsner and Red Wheat malts to create a smooth mouth feel, as well as CaraRed and Chocolate malts for roasted flavors and a deep burgundy color. For the powerful hop punch, Devils Backbone brewers selected Amarillo, Mosaic, and Simcoe hops, which blend together to create a flavorful tropical hop presence with very little hop bite.

Previous post How To Order Off-The-Menu Cocktails in NYC