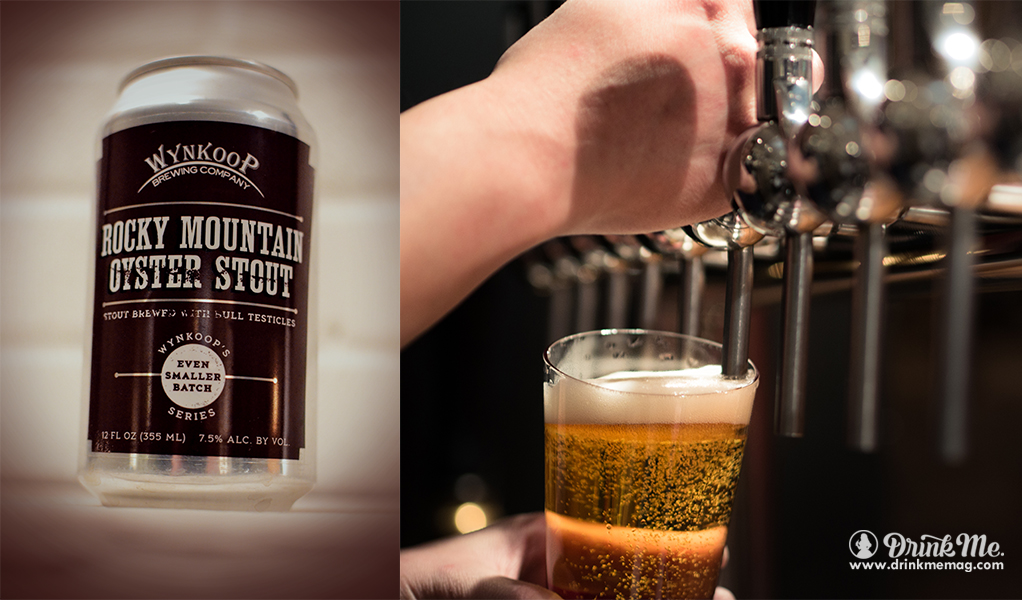 Beer brewed from malted barley, hop cones, and yeast would’ve sounded terribly foreign to a brewer 5,000 years ago. Back then, crumbled bread, date wine, amaranth, heather, and by all means some spit would’ve been considered the same-old same-old.

Fast forward to now and then roll the clock back to 1980 and a beer like Sierra Nevada Pale Ale—now the standard bearer for mainstream craft beer—was an absolute game changer with its unfathomable hoppiness. This beer rings in at 36 international bitterness units which today is on the low side of the to run o’ the mill IPA spectrum. This same scenario plays out often as upstart breweries popularize historic styles. Widmer Bros. released Hefeweizen in 1986, a shockingly cloudy wheat beer, Deschutes produced Black Butte Porter in 1988, which wasn’t yellow like beer was always supposed to be but black, and people’s minds and palates were blown.

Now, a fruit salad’s worth of fruits, coffee, and a Celiac’s nightmare of grains are virtual staples in the brewer’s pantry. Consumers knock each other down to try any beer that sounds nuts. Guess that explains a beer made with bull balls.

Oysters first appeared in beer when New Zealander and British brewers added oyster shells to the boil. The bivalvy brininess complimented the earthiness of dark-roasted porters the way an Aquarius and a Capricorn make great mates. Finding oyster stouts with juiced mollusks isn’t even a chore. So everyone ROFL’ed when Wynkoop from the Mile High City joked that they’d made such a beer using their own terroir: a Rocky Mountain Oyster Stout. However, so many clamored for it that the April Fools Joke was realized and the brewery truly added bull testes to a beer. The nation went wild.

Wynkoop mouthpiece Marty Jones explained that they brewed an eight-barrel batch of stout with 25 pounds of bull testicles “sliced by hand and roasted by Wynkoop sous chef Andrew Langlo.” Jones further noted that the beer’s rich, chocolaty base gets a hit of a “savory, umami-like note…The beer is 7 percent ABV and has 3 BPBs. That’s balls per barrel.”

I’m not sure if there’s a way to top bull balls as a beer ingredient, but if there is, duck carcass might be it. One hundred pounds of roasted Muscovy duck carcasses to be exact. But if that sounds like a stupid thing to brew with, know that Breakside’s brewmaster Ben Edmunds studied at Yale before building his beer brain at the Siebel Institute in Chicago and the Doemens Academy in Munich.

Edmunds initially scoffed at the idea of making a meat beer and thereby threw himself down the gauntlet. “We don’t just throw a bunch of random crap into the boiler or fermenter,” he said. “We do it with the same methodology that a German brewer would create their Helles. What I take from the Germans is their appreciation for precision and investigation.” In the case of Duck Duck Drunk, that meant finding an effective way of making meat part of the flavor profile, not just tossed it in as an Oh-No-They-Didn’t adjunct. Edmunds used a chocolate porter as the base to emulate a dish he’d once had. As a commission from Nostrana, an Italian restaurant in Portland, he struck out to put “rich, umami, gamey duck aroma” in a glass. Treating the beer’s preparation like making stock rather than the usual wort, team Breakside added the ducks to the kettle and simmered just below 200 degrees for three days. From there, “I pulled the carcases, brought the wort to boil then hopped it,” explained Edmunds. “Two weeks later—voila, biere de canard.”

If a beer with testes or carcasses is likely to divide people into the I’d Drink That camp and the Get That Away From My Face camp, Dogfish Head designed a beer to bring all camps together, if not literally, than metaphorically. “I’m not a raging peacenik,” began owner/brewmaster Sam Calagione, “but I felt the world needed a little healing and a reminder of the greater family that we are all members of.”

His big bang of an idea was to create a beer called Pangaea that recreated Earth’s supercontinent in tasty beer form before politics, religious beliefs, xenophobia, and plate tectonics divided us all. So even though the brewery has made its name by brewing extremely exotic ales (Pohutukawa-wood-smokedtamarillo porter, anyone?), this one culls its bizarre list of ingredients in a way that was actually designed to give any drinker a little bit of familiarity. The list? Crystallized ginger from Australia, Basmati rice from Asia, Muscavado sugar from Africa, quinoa from South America, European yeast, North American maize, and water from Antarctica. “You can’t imagine how much a bucket of water from Antarctica costs,” said Calagione, “I mean, whose idea was it to even make Antarctica a continent, anyway?”

Dogfish Head has recreated this worldly brew on occasion and probably will again in the future.

What makes Wood Chipper stand out, besides garnering its name from the awesome Coen Brothers film Fargo (you know the scene), is that a year ago you could not find a single beer brewed in the state of North Dakota. That means even a gateway beer like an amber ale or a blonde beer would have, by default, been the weirdest beer you could find there. Five breweries have sprouted up since.

The first, Edwinton Brewing, makes Lou Belgian IPA, itself a fringe branch of the family of IPA styles. Once Fargo Brewing is completely constructed later this year, Wood Chipper will be available in cans. As for terroir, they’re getting malt from Rahr Malting in neighboring Minnesota, and they source much of their barley from North Dakota. Perhaps North Dakota-Style IPA will be the newest twig in that IPA family tree.

If meat beers are the entrée and IPA is the perfect pairer, then you need a dessert beer. But in today’s craft beer kitchen, chocolate is basically beer’s fifth ingredient. Joe Short and his eponymous brewery in Bellaire, Michigan takedessert-minded creations to whole-nother-level territory. They’ve doneS’mores Stout, which, naturally, was brewed with chocolate, marshmallows, and graham crackers, and Strawberry Short’s Cake Ale, but it was Key Lime Pie, designed by Short’s brewer Tony Hansen, that took the world of crazy adjunct beers by tropical storm.

Hansen whipped up a beer brewed with lime puree, milk sugar, graham crackers, and actual marshmallow fluff. The result won a gold medal in the Experimental Beer category at the Great American Beer Festival. From there they bottled it “just to get people off our back,” reflected Joe Short. I’ve had the beer a few times and it’s always delicious, striking in its achievement both as a liquid key lime pie and as a beer. Of course, my favorite dessert is carrot cake, and yes, Short’s had turned that into a beer and I’m told likely will replicate it again. It’s already on my bucket list of beers, not for the sake of weird but for the sake of a beer lover soaking in epicurean curiosity.

About the Author Brian Rivas-Davi

Brian is Drink Me’s very own cocktail specialist. He’s travelled the globe in the search of the world’s finest cocktails, creating new concoctions and tipples as he goes. With more than ten years in the food and beverage industry, Brian now lives in the heart of San Francisco. He’s on the ground discovering the places you need to visit, the drinks you need to explore and exactly where you can find them; whether it’s that hidden dark dive, that sophisticated sky bar or your very own living room, he’s on it.

Next post Diamonds in the Rough: Australia’s wealth of wine