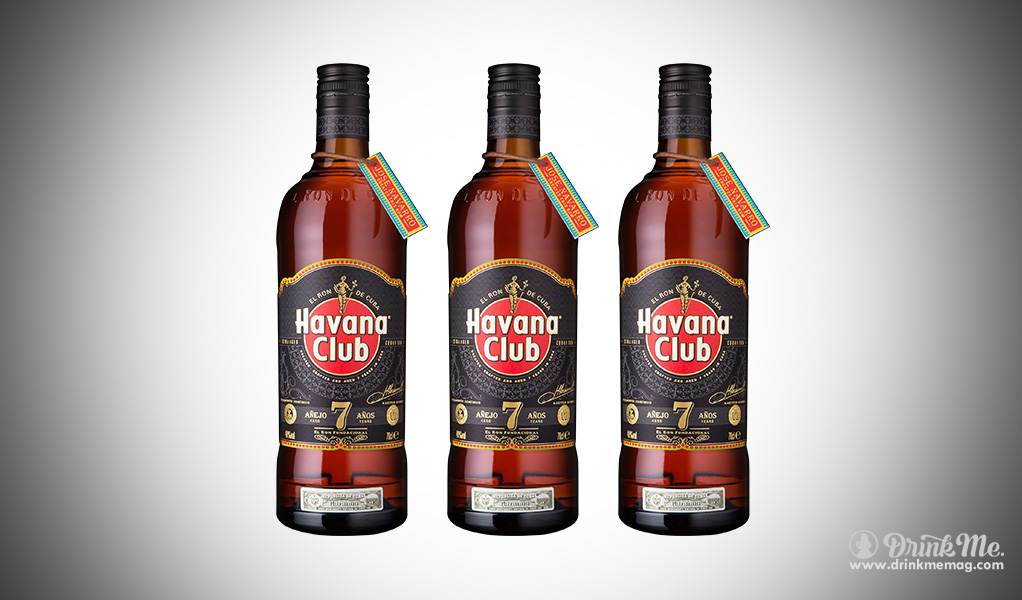 In 1934 the family-owned Jose Arechabala S.A. created Havana Club, the best selling rum in the world in Cardenas, Cuba. It was nationalized after the Cuban Revolution in 1959. Since 1994 it has been produced and Cuba and sold internationally to over 120 countries around the world. Not only is it one of the fastest growing brands in the world, but also has outstanding double-digit compound annual growth for the past 20 years. In 2014, Havana Club sold over 50 million bottles, was ranked 22nd in the impact of top 100 in 2016, and is now NO.3 international brand in the world outside the U.S.A.

Some rum is meant to be mixed with pineapple, coconut, passion fruit, or lime juice. For Havana Club Añejo 7 Años, that is not the case. This 7-year-old blend of rum is meant to be appreciated neat. Aged in white oak barrels in age-old cellars, Havana Club 7 gains its most distinguishing feature. On the palate, Havana Club 7 is a mix of a world famous Cuban tobacco, rising wood, a blooming Cuban garden, and spices of vanilla from the constant ageing. Named top 40 rums in the world in 1995 and 1997. All hail Havana!

Next post Hit The Jackpot With Arkansas Black Applejack 21-Year