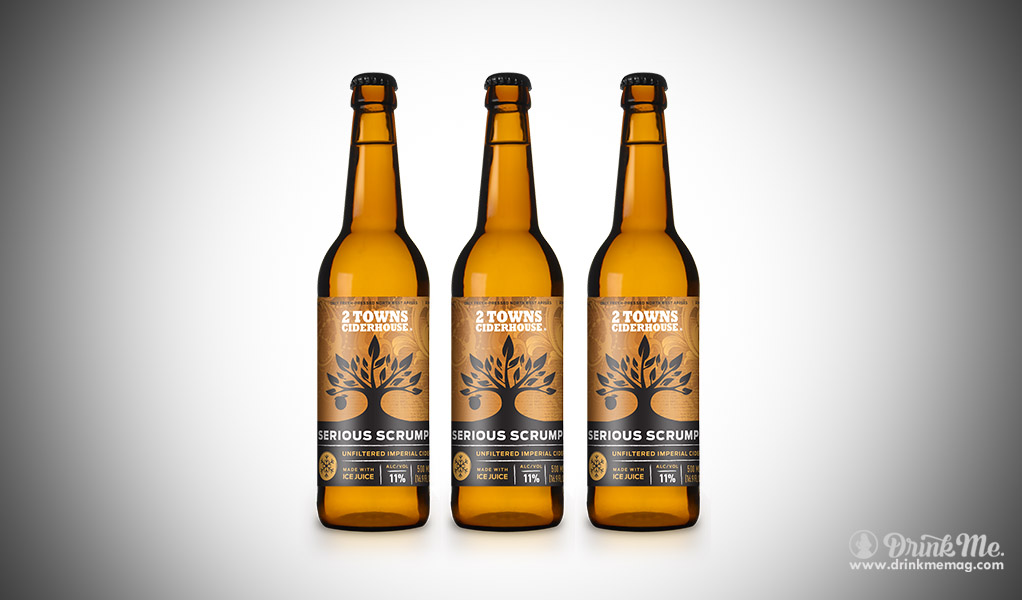 2 Towns Ciderhouse is an American artisan craft brewery of alcoholic cider, located in Corvallis, Oregon. Three Oregonians who shared a love for home brewing launched it in 2010 and today the company is one of the largest makers of hard cider in the Pacific Northwest. Most of 2 Towns product line are varieties of traditional fermented apple cider, generally with alcohol content of 6 and 7 percent. Winning a Gold Medal in the 2014 US Open Beer Championship, 2 Towns is a pioneer manufacturer of artisanal old world-style cider.

A rich, substantial, dry scrumpy cider is the latest Ciderhouse imperial seasonal cider to hit the shelves known as Serious Scrump. A specialty blend of Northwest apples are pressed, frozen and slowly thawed, resulting in a thick, sweet-smelling juice, which is then fermented with traditional English Cider Yeast. Past seasons of Serious Scrump have won various medals and awards such as the Gold Medal from Oregon Wine Awards. Now available for cider lovers everywhere!