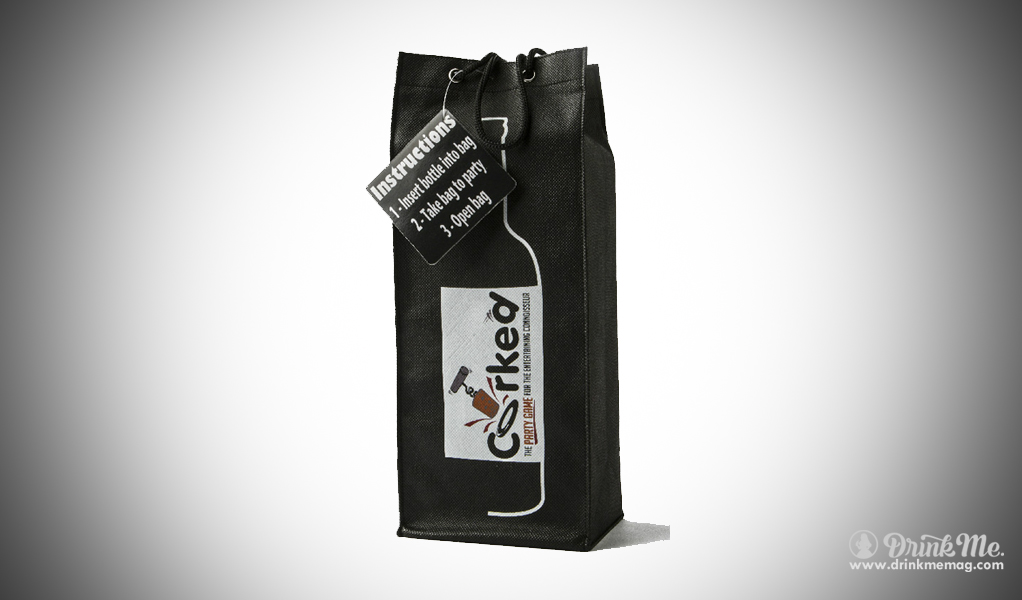 You’re at a friendly gathering sipping on some adult beverages. The night is average and the conversations are fading to small talk. You’d hoped the party would be bumping, but it’s a dud. You commend your friend for attempting, but the invite list lacks personality. You pick up your phone with an excuse in a last ditch attempt to make a swift getaway. You’re almost at the door, when a new face appears on the other side. You put your phone away and greet them as though you were the host. After quick introductions you notice a long rectangular black bag hanging from their wrist that reads “Corked: The Party Game for the Entertaining Connoisseur”. You decide to stick around because you’re always up for drinking games.

Wine nights just got a little more entertaining. Let there be no more lulls or awkward silence. Corked is the drinking game for everyone. The only required items are the board game set, a bottle of wine, and a slew of willing participants. In this game, there’s no time for potty breaks or timeouts. Everyone plays on every turn and drinking is encouraged on each turn (prepare to get rowdy!). Some performing and physical activity is involved and though it’s every (wo)man for himself/herself , you never act alone. Let the shaming or pursuit to glory begin.

Inside the box you’ll find 100 playing cards, instructions (read them!), a dry erase scorecard (save the trees!), sand timer, a “turn order card” (there will be no fighting now kids!), and an invitation to share Corked. So, how does the chaos ensue? When it’s your turn, you hold the power to choose two others to perform for the rest of the group. Each playing card lists four compound words. Similar to charades, the pair must act together, quietly and simultaneously, to act out each word in the allotted time. But, there’s a catch! Of the performing pair, only one person is allowed to act out one of the words that make up the compound. For example, you draw “Star Fish”. One person would act out “star” and the other “fish”. Then, it’s up to the group to not only guess the correct individual words, but also the correct order before the sand timer runs out. Points are awarded to the pair only if their acting resulted in correct deciphering and to the successful guessers.

Let Corked bring out the best or worst in your friends or new acquaintances for a hilarious yet competitive evening over drinks.

Available for $19.99 at local wine stores and Amazon