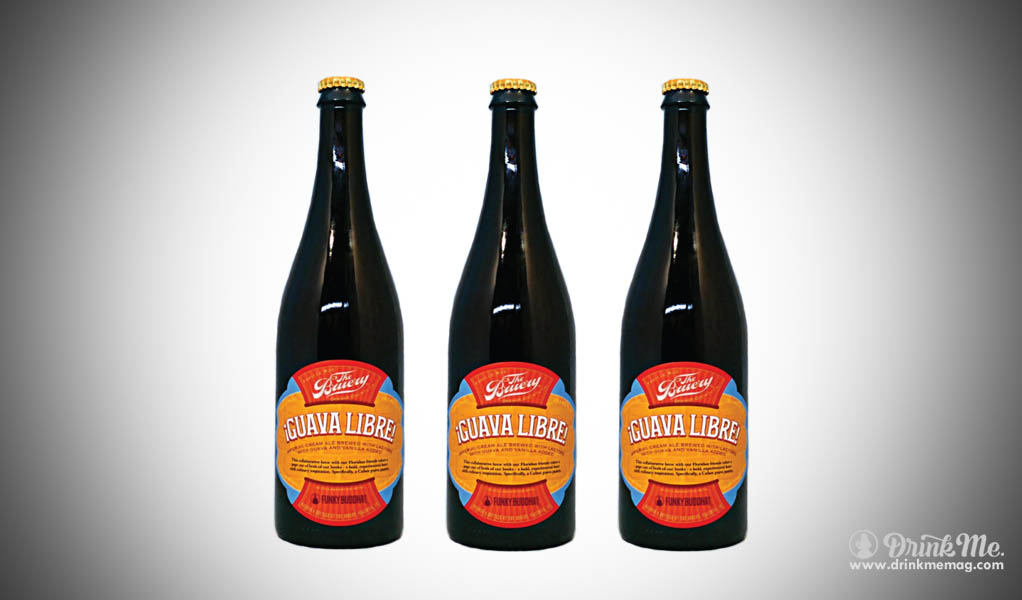 The summer months bring with it great weather, amazing food, and even better beers. The latest release from The Bruery in Orange County, California is one of these “even better beers” and would go perfect hand in hand with a Cubano sandwich. And that’s exactly what they were going for when they created Guava Libre. Made in conjunction with friends from South Florida’s Funky Buddha Brewery, The Bruery’s latest experimental ale takes its big, bold flavor coast to coast in a collaboration that comes from both inspiration and admiration.

Guava Libre is an imperial cream ale with the addition of lactose, vanilla, and of course guava. Their whole goal in this mashup was to recreate the flavors of a Cuban guava pastry, and both breweries knocked it out of the park. Perfect for the warmer months right around the corner, this brew is refreshing and crisp, and at 7.5% ABV, it ain’t playing around like other summertime beers. This beer goes down exceptionally well with the aforementioned Cubano, the recommended guava pastry, or a shrimp empanada, but at 750ml per beer, you’ll probably want to order one of each.