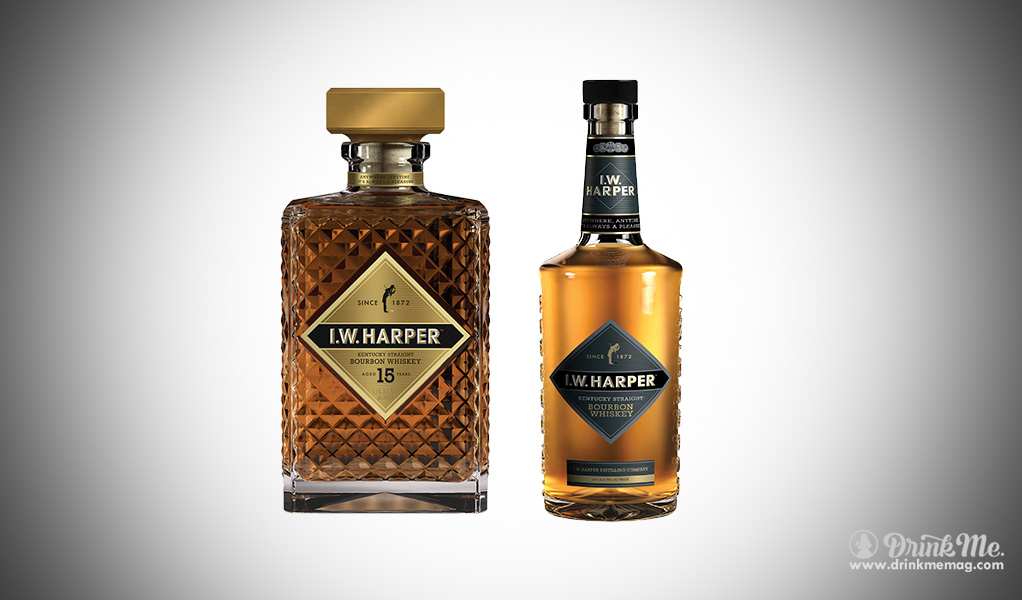 A mind full of dreams and four dollars built Bernheim Brothers and Company Distillery. Out sprouted the I.W. Harper brand, named after the very Isaac Wolfe Bernheim who reached into his pocket for those four dollars. New to the business, but quick to succeed, Bernheim produced a gold medal whiskey in 1885. This gained the distillery international popularity, eventually shifting the brand focus to Asian markets ceasing distribution in America.

Fast-forward 20 years, the hiatus ends. I.W. Harper returns state side with limited supplies of two new, but inspired from the original, Kentucky Straight Bourbon Whiskeys. Both are carefully and tenderly hand bottled in Tullahoma, TN after being originally distilled at the Bernheim Distillery before being left to age at the Stitzel-Weller Distillery in Louisville.

First through customs to greet eager drinkers we have the young, spritely I.W. Harper Kentucky Straight Bourbon Whisky. Composed of 73% corn, 18% rye, and 9% barley, this delightful bourbon underwent iconic bottling inspired by the rich history of the legendary brand to set this bottle apart. Uncap the initial tastes of caramel and vanilla before dissolving into creamy notes of wood and spice finished with subtle hints of fruit.

Following closely behind, the wiser I.W. Harper 15-Year-Old Kentucky Straight Bourbon Whiskey offers a slightly different combination of 86% corn, 6% rye, and 8% barley. With easy on the eye bottling—a modern interpretation of the classic I.W. Harper decanter bottle—grab your own and embrace the sophistication. Sip as sweet wisps of grain and corn melodize into a tantalizing mixture of oak, raisin, caramel, spice, and vanilla flavors. Enjoy on the rocks or neat to gain full appreciation.

Here’s to you Mr. Bernheim!

Next post Here Are 5 Beers We'd Like You To Seek Out This April, Are You Up To The Challenge?