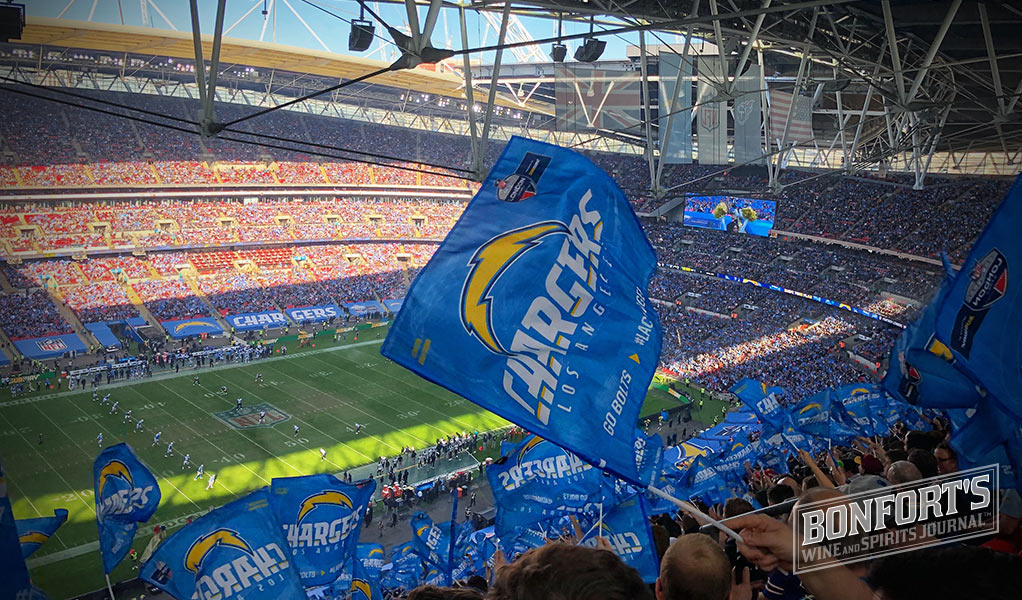 Football season is back, and that means gameday drinking is back as well. For many people enjoying an alcoholic beverage or two (or many more) goes hand-in-hand with their football watching experience. As a company that focuses on treating hangovers, here at Hangover Heaven we have an understandable interest in any kinds of events that lead people to consume and especially over-consume alcohol.

That general interest in how, when, and why people drink coupled with the fact that the National Football League’s Raiders are moving to the city we call home-Las Vegas-in the near future really got us thinking about the connection between football and drinking. While we see our fair share of clients at Hangover Heaven that can blame their condition on time spent at the sports books, once Allegiant Stadium opens we will get to treat NFL fans fresh from a game for the first time, which got us thinking about the in-stadium drinking experience specifically.

Once we got to thinking along those lines, we realized it could be interesting to see exactly what kinds of alcoholic drinks fans can find and enjoy in NFL Stadiums around the country. Since most teams feature a full bar somewhere in their stadium, we chose to focus on beer and wine specifically. To that end, we looked at official team websites to find concession listings and suite catering menus listing which brands of beer and wine each team has available, using official team mobile phone applications to look up concession menus during preseason games to gather even more data.

When we started digging, however, we were surprised to find that of the 31 NFL stadiums (with the New York City teams sharing a venue), 10 of them didn’t list their beverage menus anywhere that was readily accessible to the public. As football fans, we found it extremely odd that nearly a third of the NFL’s teams don’t make it possible for their fans to plan out what they might want to drink while cheering their team on.

In an effort to be as complete as possible in our analysis, however, we turned to an app and website called Untappd. Untappd allows users to submit information on the kinds of beer that is offered at different places around the world, including stadiums. Using this user-submitted information, we finally had some (admittedly incomplete) data on what kinds of beer and wine football fans can find in stadiums around the National Football League.

Having gathered this data, we wanted to find some fun and interesting ways to present it to the public. The first thing we to achieve that was to make a map, with team logos representing where every stadium is located throughout the country. We then adjusted the size of each logo to scale according to how many varieties of beer and wine can be found in each stadium, with bigger logos meaning that a team offers more variety and smaller logos meaning they have less.

Again, this is only based on easily accessible information, so while we know that some of the miniscule logos on here (and trust us, every stadium is on here, some just might require some zooming in to find) can’t possibly be accurate, until teams provide their fans with better information this is what we have to base sizing off of. Clicking on a logo will show exactly how many combined varieties of beer and wine can be found in that team’s stadium.

Here are the 5 NFL teams that give their fans the most beer and wine options to choose from: