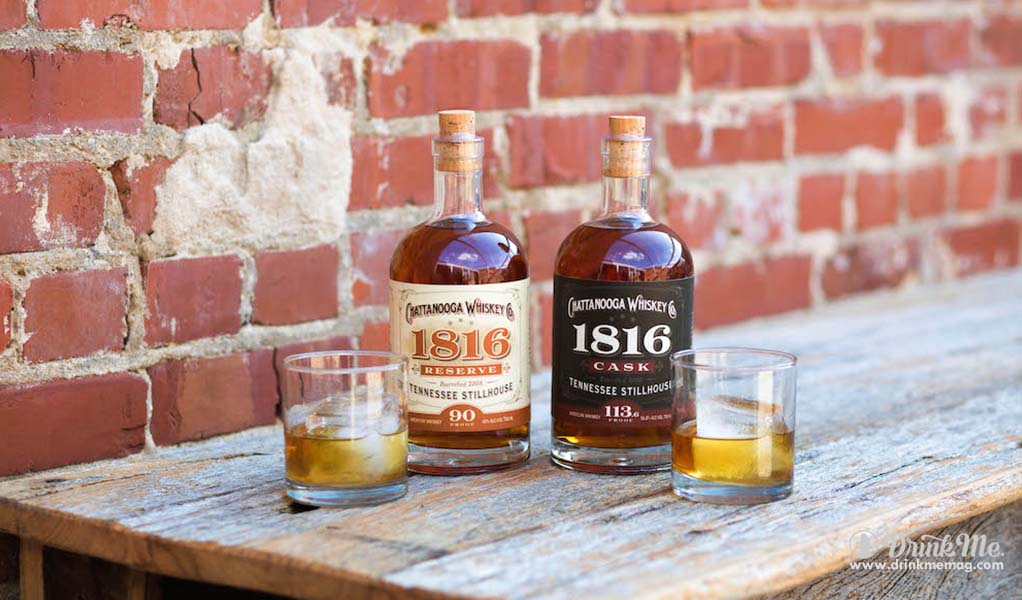 Nestled in the heart of Chattanooga, Tennessee rests a unique craft distillery, one that succeeded in rallying the people in order to overturn decades-old laws prohibiting them from producing great whiskey right in Chattanooga. The distillery’s opening in 2015 marked the first legal whiskey made in Chattanooga made in over 100 years. Chattanooga Whiskey Co. values heritage and tradition but knows when to break the status quo to make exceptional spirits.

Chattanooga Whiskey Co.’s 1816 Reserve, their flagship whiskey, is a local favorite and staple on the shelves at bars and restaurants across the city. 1816 Reserve lives at a comfortable 90 proof, just slightly stronger than your average whiskey in order to command attention at first sip. Oak and rye waft on the nose with hints of caramel and baking spices in the background. Light vanilla and balanced sweetness greet the palate, followed by light notes of butterscotch candy and light rye spice.

At a bold 113 proof, 1816 Cask touts tremendous intensity and rich flavors. More oak and rye greet you on the nose, this time followed with wafts of toffee, brown sugar, and vanilla bean. Sipping reveals flavors of cinnamon and faint black tea, and a full bodies finish.

People across the U.S. often associate Tennessee whiskey with a few time-worn names that have dominated the state’s whiskey market for hundreds of years. Look to Chattanooga Whiskey Co. to find a locally-operated distillery that prides itself on experimenting and challenging expectations. Look to Chattanooga Whiskey Co. for proof that rallying the people can change history, and most importantly, make whiskey.