Whiskey Women: The Untold Story of How Women Saved Your Favorite Drink 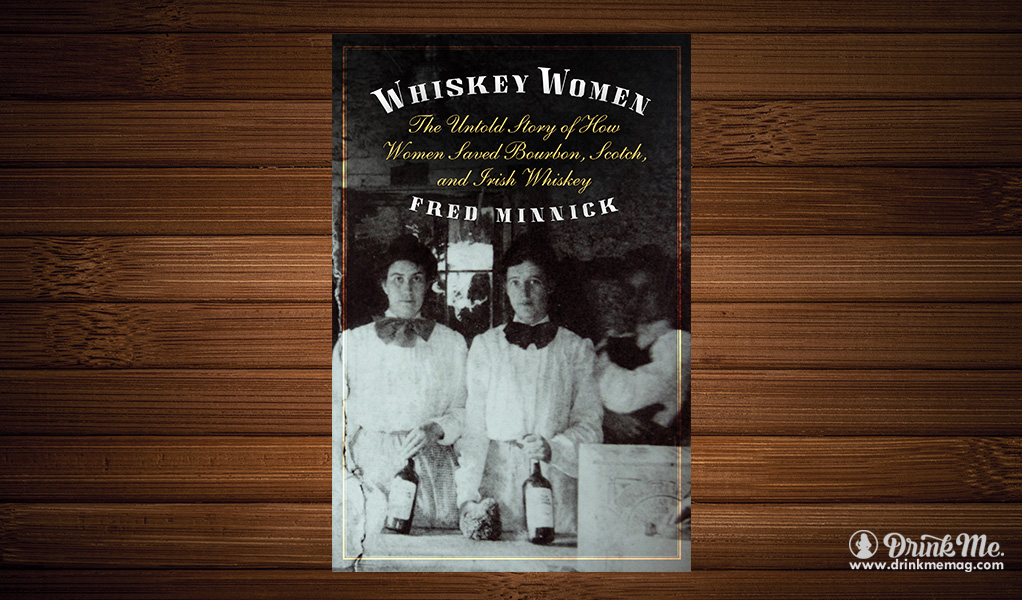 Whiskey is a drink for swashbuckling fellows and musty gents. Distillers wear their beards thick and well-kept. A man who drinks whiskey is a man with a capital M. From its birth, whiskey has always been a manly drink and only recently has it begun toeing across the gender line as a spirit enjoyed by a handful of sophisticated women. Right? Wrong. Wrong. And wrong. And Fred Minnick tells you how wrong with heaps of hard facts and historical accounts of lady whiskey bastions and connoisseurs.

As it turns out, even whiskey’s granddaddy, beer, was the ladies’ domain. Back in 4000 B.C., when whiskey was a mere twinkle in barley’s eye, women were brewing. The Sumerian god for beer making was, in fact, a goddess: Ninkasi. And the term brewster, used during the Middle Ages, not only referred to those who made beer but it was also inherently a female-gendered word.

Fast-forward a few hundred years and distillation and whiskey have been borne by the women who first brewed beer. Ellen Jane made Bushmills successful in the 1800s and many other famous distilleries have had women as their tasters or at their executive helm. After Prohibition many female bootleggers kept their booming businesses under wraps and out of taxes’ way. One such woman, Maggie Bailey of Kentucky was not only one of the most successful and prolific moonshine makers but was also a casual Mother Theresa. “She put clothes on the backs of the children whose parents had no jobs. She gave coal to families who could not afford to heat their homes and donated thousands to community churches regardless of denomination.” With so much voluntary public giving, it was hard to put the woman behind bars for her untaxed liquid assets.

And Minnick goes on with scores of other tales recounting, and in effect rewriting, the history of a spirit erroneously steeped in male machismo. Here’s to all the Ninkasi devotees, modern Ellen Janes, and distilling Lady Baileys.

Next post The Vote Is In: The Highest Rated Red Blends Of 2014!