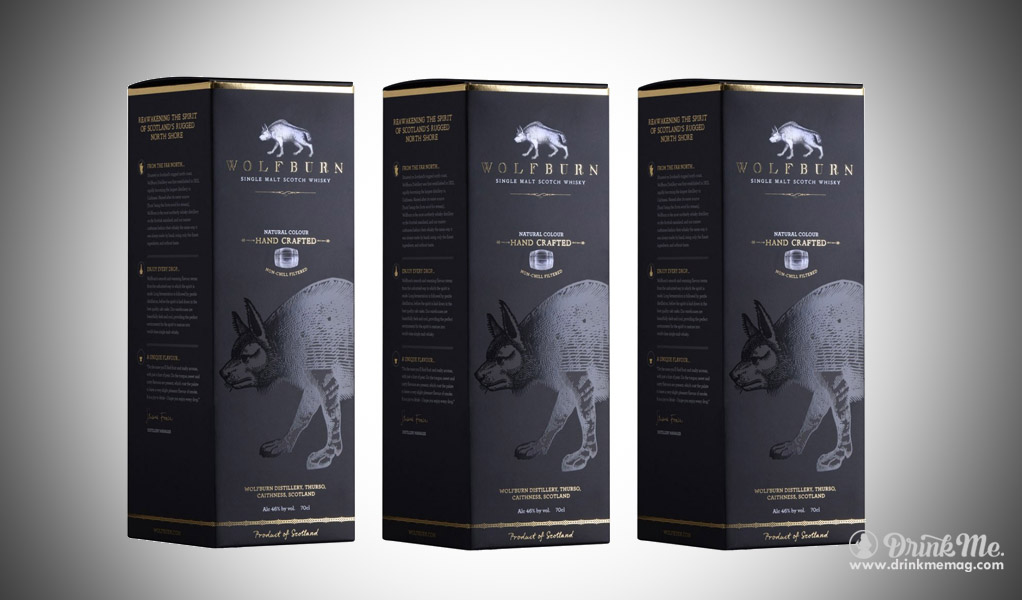 In 1821, William Smith founded Wolfburn Distillery in Thurso, Caithness, Scotland. The name Wolfburn comes from the watercourse it drew from, ‘burn’ being the Scots word for stream or small river. This distillery quickly became an important producer of malt whisky. Tax records show that it was the largest distillery in Caithness during the 19th century. For several decades the distillery was handed down through numerous generations of the Smith family. After ceasing production in the 1850’s it reopened in 2013 and continues to produce and bottle their whisky to the highest of standards.

Today, Wolfburn Distilley has three signature ranges of Scotch whisky: Northland, Aurora, and The Klyver Series. The Northland is a signature Single Malt Scotch Whisky, with fruity and malty aromas and a hint of peat. Then there is Aurora, which is smooth, warm, and mellow, filled with sherry sweetness accompanied by dried fruits and malt. The Klyver Series is a special edition collection that allows them to create different types of casks that get their own stage. As Wolfburn grows, so do the ranges of whiskies through the years ahead!