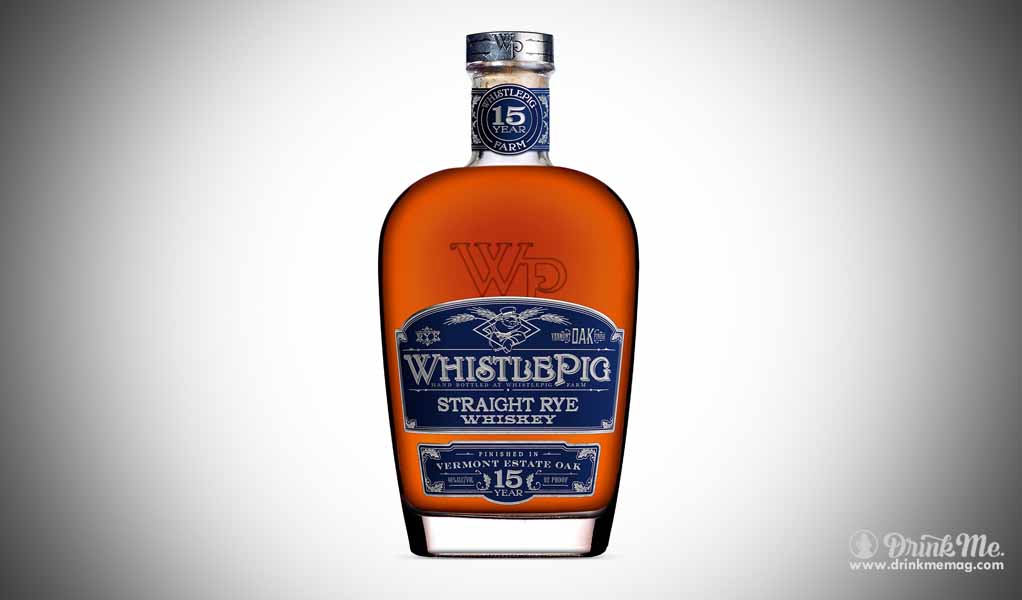 WhistlePig Rye Whiskey is a collaboration between entrepreneur Raj P. Bhakta and Master Distiller Dave Pickerell (of Makers Mark) that began with an intention to bring high quality pure rye whiskey back to the coveted spot it had once held in the American spirits industry. With nine years of hard work and dedication, that dream has become a successful reality for WhistlePig, with Bhakta and Pickerell putting the finishing touches on a complete farm-to-table rye production operation on 500 bucolic acres in Shoreham, Vermont.

WhistlePig has released their longest-aged rye to date in their Vermont Estate Oak 15 Year, a smooth and complex aged expression that’s absolutely doing its part to elevate rye to lofty “top shelf” territory.

As in all wood barrel-aged spirits, the wood itself is an integral part of the flavor development, and WhistlePig 15 is aged in tightly grained Vermont oak, rather than the loose grain of its milder climate Kentucky counterparts. Tight grains equal compacted flavor, and WhistlePig 15 showcases its Vermont roots well with a palate rich in butterscotch, oak and almonds leading to a spicy and satisfying finish that lingers. Clear a space on the top shelf for WhistlePig Vermont Estate 15 Year.

Next post It’s a Jaguar? It’s an Antelope? It’s a Golden Eagle?