Wild Turkey Master Distiller’s Son To Follow In His Footsteps 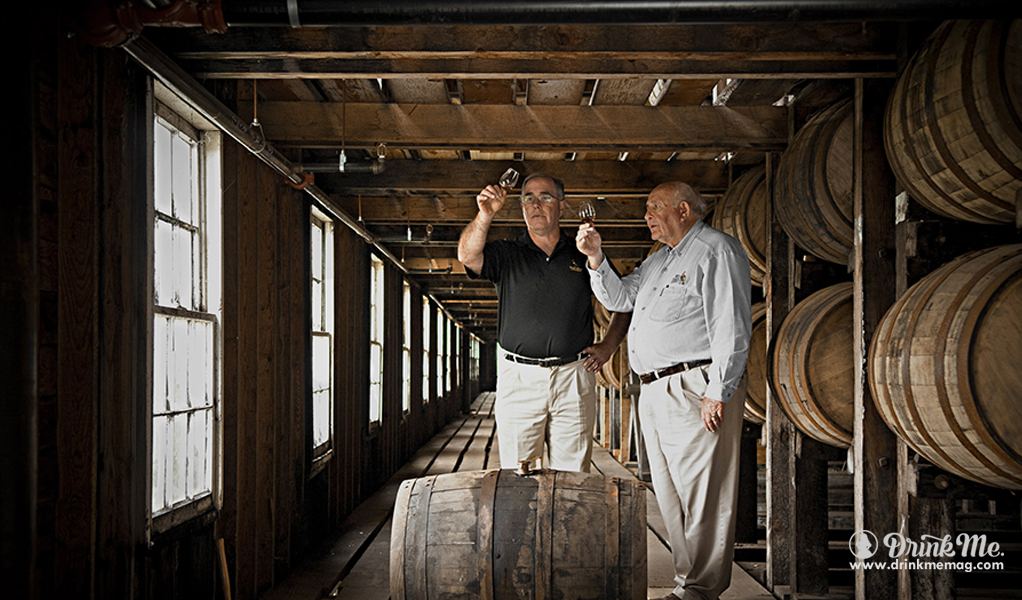 Following in your father’s footsteps is no easy job, especially when that involves being the master distiller for one of America’s favorite bourbons. But every now and again there is a glimmer and sparkle as a new star rises, and today that star is Eddie Russell. Russell’s father and Wild Turkey master distiller for over 60 years sent us this message today, and quite frankly, we just had to share it!

Here’s what Jimmy had to say:

Being the Master Distiller at Wild Turkey is the best job imaginable. I should know because I’ve been driving my truck to work along the same route for the last 60 years and I’m not tired of it yet. I can remember when my youngest son Eddie first told me, decades ago, he wanted to follow in my footsteps and learn to be a Distiller. Around these parts in Kentucky, Bourbon is a family business. So, naturally, I was thrilled to take him under my wing and show him a thing or two. But, I also knew the only way he was going to develop the discipline and the know-how needed to become a Master Distiller was if he had to work his way up from the bottom like I did.

My youngest son Eddie started working at Wild Turkey on June 5, 1981, and over time I taught him everything he knows, we’ve crafted several Bourbons together and he even created an exceptional whiskey to honor my 60th anniversary called Wild Turkey Diamond Anniversary.  Now it’s my turn to do the honoring. It is with great pride that I announce today that Eddie Russell has been promoted to Wild Turkey Master Distiller. After 34 years, I think he’s finally earned it, but that doesn’t mean I’m going to go any easier on him – or that I’m going anywhere anytime soon.  Eddie and I will work side by side as the industry’s only father/son Master Distillers.

When Eddie began working at the distillery, I made him do every job there was, even cutting the grass, so the other employees wouldn’t think I was showing him favoritism. I was probably a lot harder on him than I needed to be, but it was all to help him get to this very special moment today.

Back in the 1950’s, when I first started making Bourbon, it was a Southern gentleman’s drink. Today, it’s the drink of a younger generation who like to have their Bourbon in cocktails like the Old Fashioned or the Manhattan. Eddie is very passionate about creating new products that appeal to folks around my grandkids age. To be honest, I like to say he’s a bit of a Bourbon maverick.

This year, Eddie’s first creation in his new role as Master Distiller will be released, and I think it’s one of the finest Bourbons I’ve ever tasted. Together, we’ve also created a new Russell’s Reserve expression that will be available later in 2015.

Eddie will also be out on the road a lot more, sharing travel duties with me to act as an ambassador for Bourbon around the world. He’ll be making stops in countries, such as Australia, Japan, Brazil and United Kingdom, where there’s a growing thirst for American whiskey. And, of course, you’ll be seeing him at the annual WhiskeyFests, Tales of the Cocktail, Portland Cocktail Week and in other major U.S. cities spreading the gospel of Wild Turkey.

We always welcome our friends to visit us at our distillery in Lawrenceburg, so consider this your personal invitation. Our new Visitor Center is a showstopper, and a great place to share some Wild Turkey with Eddie and me. As a matter of fact, the Wild Turkey Visitor Center just received the architecture industry’s highest achievement – the 2015 American Institute of Architects Honor Award in Architecture. The building has been dubbed a “Cathedral to Bourbon,” and I couldn’t agree more.

Eddie’s made me very proud, so please join me in congratulating him on his well-deserved promotion and send your well wishes to him on our Twitter account – @WildTurkey – using the hashtag #CheersEddie.

Well, we suppose there’s only one thing left to say: #CheersEddie.

Next post Everything You Need To Know About Ventura County Wines

Previous post 5 Emergency Spirits Every Snowed-In Home Should Have