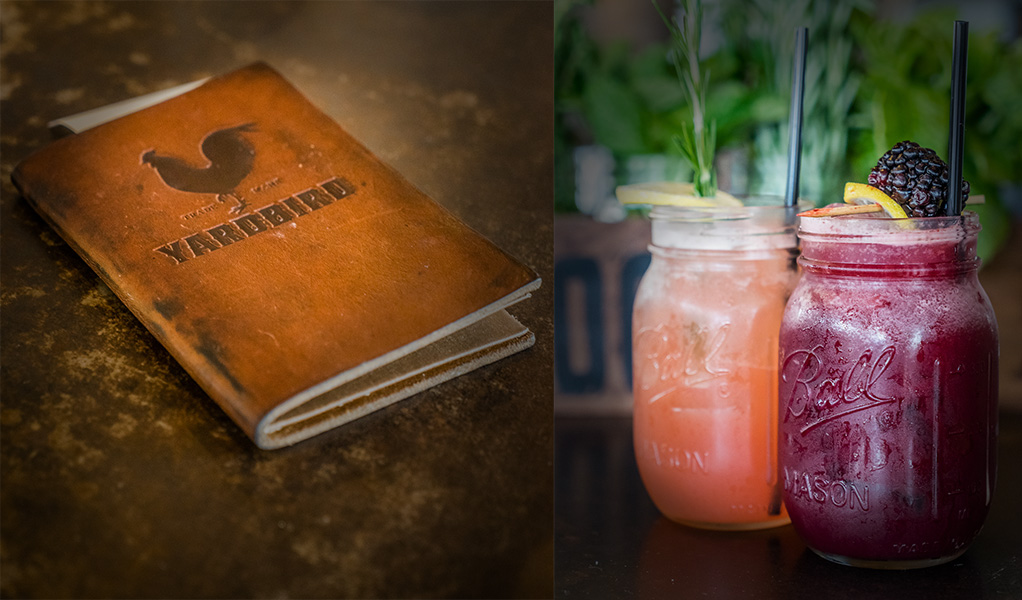 Work hard and be nice to people.

Those are the words I read, whimsically written in chalk on the back of a booth, as I first walked through the door of Yardbird Southern Table & Bar. Beyond echoing the cherished ideals I was raised on in the South, these words proved to be guiding principles for this Miami Beach restaurant.

Shortly after entering Yardbird, a friendly bartender started preparing my blackberry bourbon lemonade, the restaurant’s most popular cocktail. The lemonade came served up in—you guessed it—a Mason jar. While this drink may be a touch sweet for some, it had just the right amount of complexity with the cardamom, that I wasn’t sending it back. And if I can’t taste the Buffalo Trace, then it doesn’t count as a lunch drink, right?

A look around the restaurant reveals an interior carefully designed to make Yardbird a contemporary reflection of southern traditions. The walls’ whitewashed brick combined with exposed rafters makes the restaurant feel like an industrial-hip version of a barn that could have raised the chicken being fried up in the kitchen. Accenting the brick, are walls made of wood reminiscent of the oak barrels used to store the bourbon now in my lemonade. Farming and bourbon traditions of the South are visually noted, with tunes from The Black Keys and The Animals added over the speakers to keep the atmosphere hip. 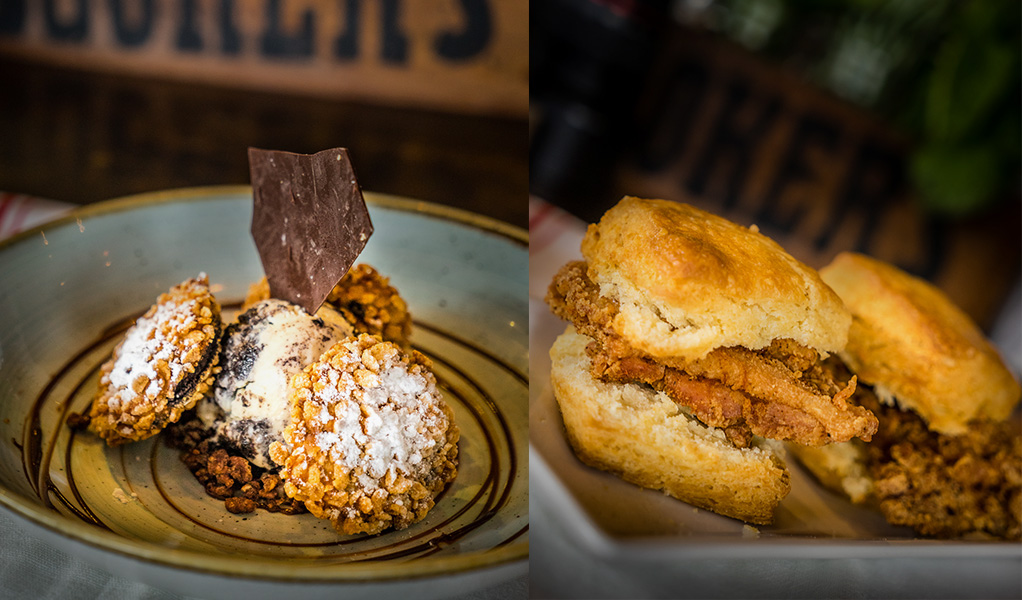 Every detail of the restaurant comes together to encapsulate the food Yardbird serves: comfort dishes inseparable from Southern culinary traditions, but with fresh twists that keep them relevant for today’s foodies. Fried chicken ‘n’ waffles… with chilled spiced watermelon. Shrimp ‘n’ grits… with PBR chicken jus. Yardbird has even adapted Southern dishes for gluten-free diets, reflecting the industry’s recent shift towards more allergy-friendly menus. Yes, Celiacs can rejoice at Yardbird. There is gluten-free fried chicken.

Ultimately, I went with an order of the crispy chicken biscuits. Yardbird’s chicken is served up with the restaurant’s promise of “honest” and “goodness.” Its menu proudly claims that it serves 100% natural chicken that is American Humane Certified, and the recipe is credited to founder John Kunkel’s grandmother, Lewellyn, a woman whom I knew on a first-name basis after reading Yardbird’s story on the menu.

Following the meal, came the deep fried oreo for dessert. Once again, I experienced the modern reflection of Southern traditions. As the bartender served dessert, my first scent transported me back to countless fall memories of State Fair snack staples, while the plate’s presentation was undeniably contemporary from the abstract chocolate drizzle base to the perfectly imperfect block of chocolate nestled on top.

By the time the bill came, it was clear that Yardbird’s hard work has paid off. Its attention, including being named a semifinalist for a James Beard Award for Best New Restaurant in 2012, is well-deserved. Every element of Yardbird’s promise is delivered consistently in the restaurant atmosphere, the staff, and the cuisine. The best part about Yardbird’s hard work? When the bartender asked if I had enjoyed my meal, I could be honest too. Effortlessly.

Zygmunt Spray provided the photography for this story.

Next post Hard Work Pays Off For The Montelobos Joven Mezcal